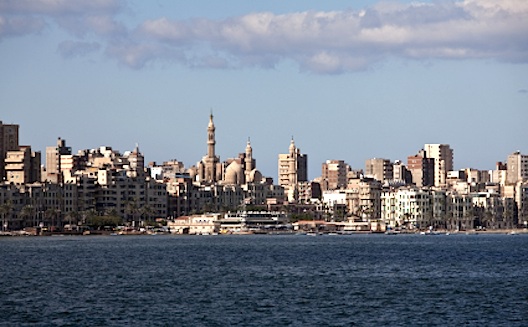 As tensions continue to simmer in Egypt following the revolution, the image of cohesion presented at Tahrir no longer holds. The generational gap has re-emerged, a Egyptian businesswoman recently told me. “The youth is still adamant about change, and yet the older population thinks they’ve had enough change. They are more resistant, and more afraid.”

This gap extends to the private sector to some degree, in the sense that, while all businesses in Egypt need stability, those who export to global markets have been largely buffered from the economic fallout of the revolution. As consumer spending in the country is down across the board, it’s the local-facing businesses that are naturally crying out the loudest.

When interviewed this spring, investor Walid Bakr of Riyada Enterprise Development affirmed that the transition will not be simple, and short-term economic downturn will force local businesses to approach global markets more quickly.

Yet, despite the local-global market divide, desire for change in Egypt is not driven solely by local companies. Three global exporting companies that we spoke to each acknowledged that, while the revolution barely made a dent in business, certain policy changes would transform regional trade and allow them to further flourish.

At Agrocorp, an agricultural company specializing in artichoke and olive exports, business is currently booming. Since the company predominantly sells canned food to the U.S. and Europe, they were barely affected by the changing of the guard, said founder Seif El Sadek.

Yet Agrocorp could stand to benefit from policy changes in land allocation. It’s been a huge challenge, says El Sadek. “In the past, big blocks of land were given to small farmers, and thousands of acres, almost too much to use, were allocated to big companies. We are basically in the middle, yet companies like us have the know-how to develop the land and add jobs.” A little boost from the government in correcting allocation could go a long way.

And if tariff laws are relaxed, the company may look more to its neighbors. “In the Middle East, our products spend too much time in ports waiting for verification. We’d like to export to Lebanon and Syria, so we’re hoping that Arab countries will further open ports and reduce duties so that customs can move faster.”

Amr Ramadan, of Vimov, an Alexandria-based software company known for building sleek iPad app Weather HD, confirmed that in the Egyptian tech sector, approaching a global market from the start was a natural step. Weather HD became the fourth top-selling iPad application last year right before the iPad launched, and most who downloaded it likely had no idea it came from Egypt.

Many Egyptians might agree with Ramadan’s assessment that the current upside of the revolution is predominantly psychological. “People feel like they are in a position to do what they want to bring about change and create businesses without someone telling them that they are too young or they can’t,” he says.

While Vimov was mostly unaffected, the change brings new opportunities, he says. “Electronic payments will be more possible now, since the old regime was quite restrictive.”

For IT services and consulting company OMS, it was regional rather than global exporting that mitigated risk during the revolution. While the company has successfully scaled throughout the region, and is now leveraging investment from Abraaj Capital to expand into Europe, it has not been immune to local market fluctuation.

“The first quarter of this year was very challenging,” says founder Ahmad Kabeel. “Some of our projects were cancelled or postponed. We’ve had to expend extra effort to balance a drop in local markets with exports to regional markets.”

Kabeel, who recently spoke to Wamda about building the company over the past 10 years, says OMS is using the revolution energy to fuel their motivation, yet it’s stability that will crucially help their expansion. International loans, he recommends, may refresh the Egyptian economy and help boost local spending.

While the revolution may have temporarily created a bad name for the private sector in the wake of corruption scandals, it’s apparent that even those who are thriving stand with smaller businesses hoping for new regulatory policies. Perhaps this unity will translate a sense of psychological empowerment into tangible avenues of growth for the next generation of entrepreneurs.