Analytics lovers looking to monitor their site traffic on foot now have a new weapon in their arsenal: Woopra’s sleek iPhone and iPad app. The app, which launched Tuesday, takes web analytics to a new level, with an interface that’s nothing short of gorgeous.

I confess a bit of bias, as we use Woopra here at Wamda, and I’m an Apple fangirl. But the app is simply addictive. On a simple home screen divided into nine boxes, it’s easy to watch your user numbers in real time, see who’s returning, note active pages and pageviews, view user locations on a world map, and see referral sites, all at a glance. Call it a feng shui bagua for analytics; it organizes stats so that understanding the flow of users is easy if not fun. 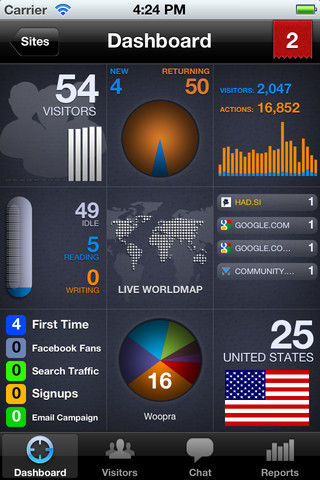 For existing Woopra users, the iPhone app is a great supplement, for updating numbers on foot before a meeting or browsing current users without WiFi access. But even for bloggers who don’t currently use Woopra, or novices nervous about analytics, this app is a great introduction to the features that set Woopra apart.

While it offers all of the standard metrics that you’d find on Google Analytics, Woopra’s biggest advantage is its ability to showcase site users in real time, giving information about location, history, platform, and browser for each viewer currently browsing the site. The iPhone/ iPad app takes this function to the next level, allowing you to receive push notifications about specific user behavior.

“This is my favorite feature,” says founder Elie Khoury, who recently spoke to Wamda about the lessons of building Woopra. “Not only can you see what visitors are doing on your website in a live stream, but you also can keep the app offline, and just get notifications when a certain kind of action occurs, like someone hitting an error on the website or someone from Lebanon viewing the site.”

The app also allows you to provide customer support from anywhere, offering inbound and outbound chat. While you can already chat with viewers through Woopra’s web app, the iPhone app takes accessibility to the next level.

Packing these features into the most intuitive interace possible necessitated taken a meticulous approach. "We've been working on this app for more than six months and the goal was to exceed everyone's expectations," says Khoury. "We decided to take the time needed to build something that puts the competition to shame, rather than rush it. Apparently, it’s paid off." The app has had about 20,000 downloads since its launch on Tuesday, which is about 10% of Woopra’s overall population of 200,000 users.

“We're not stopping there, “ he continues. “We have a lot of amazing ideas that we want to implement in the app, which we started working on them the day we submitted our last update to the App Store." An Android app will follow soon.

Check out the app in the Apple App Store; more screenshots below. 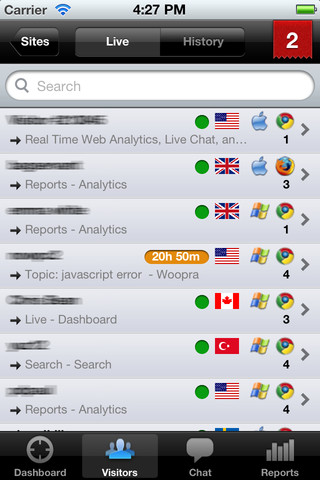 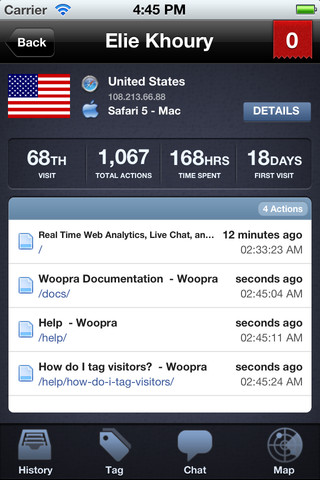 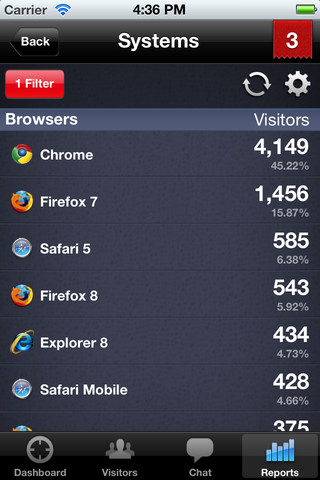 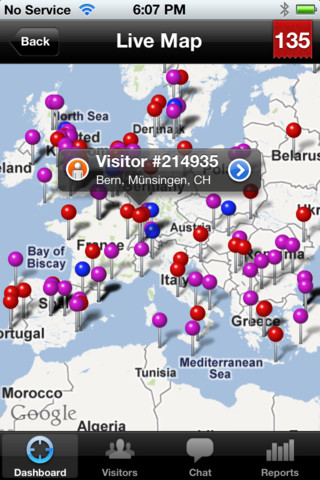