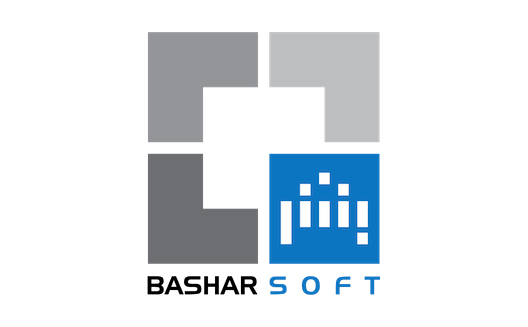 BasharJobs, an Egypt-based startup named after the Arabic word for "people," is one such job recruitment site that is leading the pack. Yesterday the site celebrated its first anniversary since its launch in January 2011, marking an entire year of its helping employers cut through piles of irrelevant CVs to find appropriate candidates.

Having employer and employees complete detailed job profiles to be matched via an advanced algorithm, as BasharJobs does, is not a new idea, founder Muhammad Algarhy admits. But after winning the Egyptian National Business Plan Competition and receiving a government grant of around US$150,000 in 2009, the site's founders began five months of research into the top job matching algorithms globally, followed by eight months of improving upon those models, to generate the site's current model, which matches employees to employers based on 30 criteria.

Recently launched websites Laimoon and Gradberry, which respectively focus on sales and marketing jobs and jobs for fresh graduates, are two platforms that seek to do the same in the Middle East, with similar matching models, tailored for their sectors.

Yet BasharJobs's model offers completely unique functions beyond the norm, Algahry says. After job seekers and job posters alike fill out the site's detailed profile, its algorithm shows employers the 20 most compatible candidates on the site, while showing candidates the top 20 most relevant job posting.

The site also goes a step further to demonstrate to candidates not just a compatibility score with each of these jobs, but also a percentile that demonstrates their competitiveness as compared to the other top 19 candidates. This uniquely offers the job seeker feedback that he or she cannot find elsewhere in the typical application process, Algahry points out. This is what sets BasharJobs apart.

While the site doesn't allow users to share a general market relevance score, like Facebook-based platform Identified, the fact that it reveals scores tailored to the jobs in question makes it highly useful, especially in a fragmented market like the Arab World. It's not devoid of a social element; job seekers can also share jobs that they like on Twitter and Facebook.

While BasharJobs is currently focusing on Egypt, the site plans to go regional, where it will compete with the dominant recruitment site on the market, Bayt.com, which features very standard channels for posting.

Yet, says Algahry, BasharJobs does not aim to steal online recruitment market share directly from Bayt, but rather convince those customers who are sticking to expensive offline recruitment agencies that there's a better solution online.

"The cost of online recruitment is only about 10% of the cost of hiring an offline agency, something many startups cannot afford," he says. "And yet, surprisingly, 93% of recruitment in the Middle East occurs offline. Only 7% of recruitment is online." Rather than slice away at bits of that 7%, Algahry is hoping that BasharJobs can incite more businesses to come online with its hassle-free model.

Thus far, the company is succeeding, having brought around 20,000 job seekers online and hosted over 500 job postings over the past year, despite having launched only days before the Egyptian revolution took over the country. Algahry and his team quickly adapted to the subsequent lingering downturn in job recruitment by deciding to offer their site services for free throughout 2011.

After making the cut as one of the best 100 Mediterranean startups by MedVentures in December 2010 and being listed as one of 12 finalists out of 3,780 in the May 2011 MIT Arab Business Plan Competition, the site is now focusing on ramping up its new business model in 2012, offering premium services for discounted fees starting this month, and continuing to full fees by the third quarter this year. Under Algahry's steady guidance, it's looking to close a second round of funding before advancing into Saudi Arabia and the UAE.

BasharJobs's competitors Laimoon, Gradberry, and Bayt are based in Dubai, as well as most of the other regional giants. Yet as Egypt prepares to laud the first anniversary of its revolution, Egyptian entrepreneurs may want to also celebrate the fact that a native smart job recruitment site is also making its way towards transforming the Arab World.