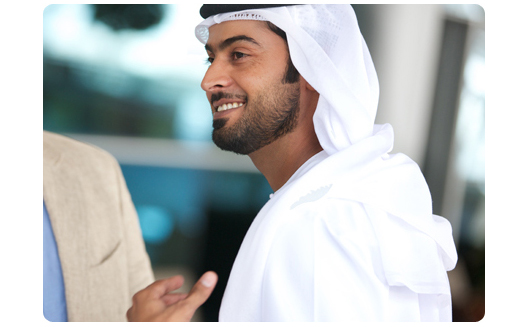 It's about time that the Middle East had its own entrepreneurship-related TV show. Now, thanks to UAE telecom company du, a small business focused reality TV show, titled "The Entrepreneur," will launch this summer, pitting 10 entrepreneurs against each other in pursuit of AED 1 million (US$ 272K).

A leader at du let us in on the structure of the TV show, which will air on Dubai One and will be produced by Sony Pictures Television Arabia.

All UAE resident applicants who apply before March 31, 2012 (du expects up to 5,000) will be winnowed down to 100 finalists, who will be invited to pitch their ideas to a panel of judges and business leaders. From those, 10 will be chosen to participate in the TV show.

Unlike the recently launched Techstars TV show in the U.S., "The Entrepreneur" will not follow all contestants for the duration of the season, but will put the 10 chosen entrepreneurs through their paces to quickly eliminate six by the 4th episode.

The show will then focus on the remaining four, sending them to one of three different business environments to test the viability of their ideas as well as their leadership and marketing skills. By the 8th or 9th final episode, a winner will emerge, taking home AED 1 million along with ongoing mentorship and support.

While the show highlights a single winner, applicants should realize that the monetary prize or winning slot is hardly the greatest benefit to be had. Any participating startup stands to gain from the mentorship and non-monetary support offered by du's strategic partners, who will provide office space, marketing, legal services, and mentoring to entrepreneurs that make the cut.

The show is also a great chance for any aspiring entrepreneur to promote his or her name and idea, to attract future partners or investors. The 100 entrepreneurs who pitch in the initial round will be seen by some of the region's biggest names, while the 10 that make the show, will likely- as occurred on TechStars NY- either fail completely and start over with newfound support, or secure investment regardless of whether they win.

The show is also not just for those at the idea stage. While established companies may find themselves left out of the early stage acceleration boom currently taking place in the region, "The Entrepreneur" is "aimed at both existing ventures that need recapitalisation for growth as well as high impact business ideas requiring start-up capital," the press release notes.

Social entrepreneurs should especially consider applying. "“The Entrepreneur” aims to empower and support the new breed of UAE entrepreneurs that build new enterprises which are innovative, sustainable and, most importantly, contribute meaningfully towards the social development of communities," Hala Badri, Executive Vice President, Brand and Communications, du, said in a statement.

Interested parties should get ready to answer 10 personal questions, 10 business questions, and 10 questions aimed at revealing their personality, in du's online application.