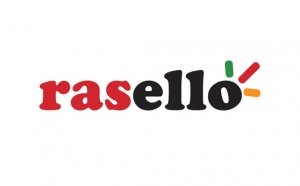 Along with his co-founder, Puspa Raj Bhattarai, Mwenda initially set out to serve the 80-90% of businesses in Africa and the Middle East that don't have an online presence, by giving them an opportunity to list services on his website.

But after applying to Y Combinator-style startup accelerator SeedStartup in the UAE, Mwenda andBhattarai found themselves transforming their business idea.

They took on the company's standard $20K in investment, for 10% equity, yet, Mwenda says, "the biggest investment we received goes beyond the money- the value is in the mentorship." After taking in the advice of experts, the founders shifted their idea towards allowing businesses to broadcast updates, news, offers, and deals in Twitter-style updates over their platform, to customers that pick and choose specific businesses to follow.

Registered in Singapore but currently operating in Tanzania, Kenya, and Uganda, Rasello also offers SMS services so that subscribers can receive updates from businesses they follow on their phones. "Not everybody has a smartphone with internet access in Africa, so we set up SMS services to allow followers to consume deals more quickly and easily," says Mwenda. "We do offer posts on Twitter as well, but rely mostly on direct SMS communication." Indeed, Africa has one of the lowest smartphone penetration rates in the world, at 5.1%, according to BiztechAfrica; SMS is crucial.

The idea is an interesting proposition to the customer, as receiving business messages on your personal phone often feels like spam. Rasello's business model pivots around the assumption that this perception would change if users were given control over their SMS updates from businesses, maximizing value on both sides by subscribing to updates of interest. Yet the success of the service is then entirely dependent on how much customers are really aware of what they are subscribing to.

In that sense, marketing the individual businesses also becomes Rasello's marketing issue. But on the whole, the platform is ideal for small businesses who don't have large marketing budgets but want to easily reach segments of the population that aren't online or in their local community.

And the model seems to be gaining traction thus far. One month after launching, Rasello had 50 active businesses subscribed to the platform and broadcasting to followers. Today, three months after launching, Rasello has brought 200 small businesses and 30,000 followers on board. Mwenda says he initially only expected to have five businesses subscribe every month, since he invested nothing in advertisement; the founders launched their business simply by sending emails to their first customers, who then attracted others.

Now, the primary challenge Rasello is facing isn't building user base, but raising money to scale further. According to Mwenda, the current rate of customer acquisition is more than what Rasello can handle easily- it needs more offices, more salespeople, and to invest in a broader marketing strategy. "We need to establish our foundation," says Mwenda. "No matter how great our idea is, if we don't scale it up quickly enough, there is a risk of someone replicating it and our losing market share."

With this market in mind, Rasello is focusing on maximizing the possibilities. "I know we've found a market, since we have at least three new businesses subscribing everyday," says Mwenda. "I have a strong belief that this platform will change the way people communicate with businesses in Africa."