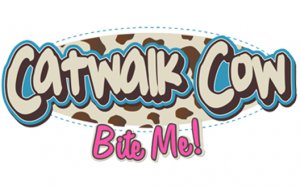 When Samia Ataya first started dessert line Catwalk Cow two years ago in the United Arab Emirates, she had a vision of an ideal product that did not exist in the Middle East, or perhaps the world: a low fat, healthy, preservative- and additive-free dessert mix that was as delicious productivity off-the-shelf product.

Her passion for creating the first gourmet all natural food manufacturer in the Arab World was inspired from her own experience adopting healthy eating habits, and discovering a lack of good dessert options, she says. “I believe that a lot of diseases can be prevented with good nutrition. For most people, once they learn to buy certain foods or eat healthily, it's a sustainable way of life. Yet people have a hard time finding healthy dessert recipes.”

After four years of research and development with nutritional and chemical specialists in the U.S., Ataya developed around 17 recipes, launching the first, fat free Chewy Fudge Brownies, in 2009, then a second, low fat Chocolate Cupcakes with Fluffy White Frosting, not long after that, and finally, a low fat Fondant Mix six months ago.

The secret that has Catwalk Cow desserts beating out other ready-mix brownies in taste tests, says Ataya, is a blend of raw cane sugar, unbleached flour, high quality dark Belgian cocoa and hand scraped vanilla. How much better can it get? "In a way, it’s from our kitchen to yours in the sense that it's not a mass-produced product," she says.

While it’s perfect for consumers with chemical sensitivities, the products stand alone as desserts, she says. "It's the taste that differentiates our product. It's by far richer, and chewier than anything else on the shelf. People might buy Catwalk Cow because it's all natural, but then stick with it.”

While Ataya, who is originally Palestinian-American, launched her business in the UAE and expanded to Kuwait, Oman, and Bahrain, it’s not just the regional dessert market that she’s aiming to disrupt. “There is nothing that is like our product on the U.S. market today that we're aware of", says Ataya. "There's only one product like this in the U.S., a chocolate cappuccino brownie mix with no artificial substitutes.”

To manage the entire pipeline from ingredient sourcing to product placement, Ataya relied on several years of experience working in Dubai. She spent six months outfitting her factory with machinery, and hiring and training staff. After launching in an initial 13 outlets, she quickly scaled to 70 outlets, including Carrefour, Spinney’s, and Waitrose, within 18 months. 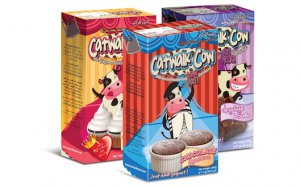 Carefully building the business step-by-step and stocking factories first was critical for convincing so many outlets to sell her mixes, she says. “Outlets won't talk to you without stock and products, so we built stock with the risk that no orders would be placed."

Another crucial element was knowing food safety regulations inside and out, in each country, and going beyond the necessary requirements. "Sometimes an inspector would insist on a particular requirement, but we had covered all angles,” says Ataya. This prevented the factory from facing delays in operation.

The journey hasn’t been easy, however. Catwalk Cow has had to face several challenges:

Being a female entrepreneur in the food industry has not been a huge challenge for Ataya, however. While it's a very male-dominated industry, she says, “I've never felt any problems running a company as a woman.”

Ataya believes that today's generation has the necessary background to start more factories in the region. There’s no need to bring in outside brands or Western brands, she says. "The manufacturing industry should be stronger in the UAE. I'm willing to help in any way and consult anybody, who really a vision to create food brands here, until we a region become more self-reliant food-wise.”

Catwalk Cow is now looking to launch gluten-free and diabetic lines and expand into Jordan, with wider expansion to Saudi, Turkey and Cyprus planned soon.