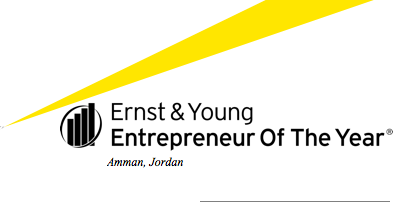 Twelve entrepreneurs representing ten companies were shortlisted in the Ernst & Young Jordan Entrepreneur Of The Year Award 2011 this week.

Only one of the ten companies, Media Plus, which offers web development and design, is involved in webinformation and communications technology, proving that successful longterm entrepreneurship in Jordan is not all about the tech sector.

Running since 1987, Ernst & Young’s Entrepreneur Of The Year is the first global award for entrepreneurs, celebrating their businesses in over 140 cities spanning 50 countries.

The reason that Enrst & Young focuses on entrepreneurs with this award is that they are a key driver of job generation, socioeconomic development and overall prosperity, said Waddah Barkawi, Partner at Ernst & Young and Entrepreneur Of The Year Program Leader at Ernst & Young Jordan, in a statement.

While the award lauds entrepreneurs worldwide, Jordan's place on the global stage is advancing when it comes to business creation. “I am very proud to say that Jordan is proving to be a breeding ground for entrepreneurial ingenuity," says Barkawi.