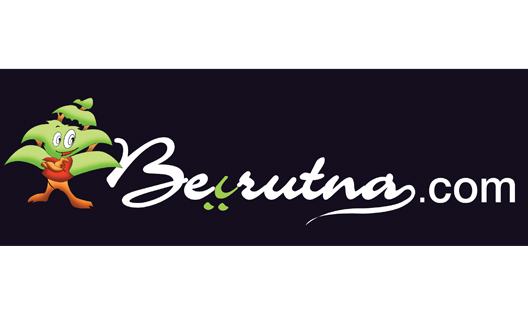 A couple of years ago, four young Lebanese became frustrated enough by the lack of restaurant guides in Beirut that they spent a month driving around Lebanon, stopping into each restaurant on the way, from the Saida to Tripoli, gathering menus, pictures, and specialties. This is how Beirutna.com built their database.

Launched in June 2010, by brothers Wissam and Samer Kazan, Beirutna today is a platform listing 3500 venues in Lebanon, with 1200 menus from around 20 kinds of different cuisines. "Beirutna is a social platform that allows restaurants to go online and connect with their customers to improve their standards," says Samer Kazan. The main goal of the startup is to allow restaurants to shift from seeing users as a "transaction" to connecting with them on a personal level. Users can follow the restaurants on the website and check out their pages, rating the quality of the services, ambiance, and mood.

Yet the brothers didn't begin their careers working in the food and beverage industry. Samer has a degree in computer science and studied advanced networking at the Lebanese American University in Beirut, while Wissam finished a Master's degree in Artificial Intelligence in Stanford and today is program manager of the Live team at Microsoft. Using his knowledge, Wissam built an advanced algorithm for Beirutna's search engine, that uses transliteration to help the app detect names even if users are approximating the spelling. The AI-based system also learns from a user's preferences to offer recommendations based on their tastes.

Wissam and Samer both self-funded their first startup. They registered a company called Beirutology, and paid for all expenses including offline and online marketing campaigns. The platform is still far from self sustaining, yet traffic is building; it now reaches 45,000 unique visitors per month with 800 active users on the web and 1000 active users on the free iPhone application which has seen 1200 downloads since its release two months ago.

The main revenue streams the Kazan brothers are banking on are advertising and a loyalty program for restaurant listings. Even as expenses are increasing, Samer and Wissam are far from giving up. They now have built a professional team of reporters who visits restaurants and pubs and give feedback, monitoring the market for new places and places that have closed.

Talking about challenges, Samer points out that, "as young Lebanese entrepreneurs, we have had to assume many roles, jumping from being the developer to the marketer to the designer, juggling different responsibilities because it's too expensive for us to hire separate employees for all of the skills we needed," A lack of mentorship in Lebanon and the amount of money, effort and time it takes for an entrepreneur to register a company were also challenges, and the brothers had to redesign the platform to load properly given the bad internet connection in Lebanon.

Samer admits frustration with the entrepreneurship situation in Lebanon. "This country doesn't encourage young entrepreneurs," he says. "It costs a lot to register a company legally, and everything else is so expensive from renting and furnishing offices to paying bills. But Lebanon needs startups. There should be more awareness about entrepreneurship here and much more exposure to startup programs."

A new revamped design for Beirutna is being prepared to be launched in the next few months, adding new features,  to complement a similar platform the Kazan brothers launched in Dubai called uae.go-out.me, also owned by Beirutology. While they may go head-to-head with competitors like ElMenus if they expand to Cairo or No5rog which plans to expand to Lebanon and the UAE, for now Beirutna had cornered a tough market.