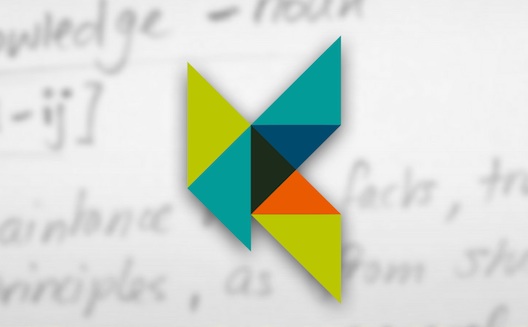 Working like a combination of Apple's Siri and the Google Search app, Kngine returns answers to both written and spoken questions with text, pictures, graphs, and images, as opposed to links alone. Just don't call it semantic search. "Semanitc search is a buzzword. The semantic web does not exist yet," says 24-year-old CEO and co-founder Haytham ElFadeel. Yet, he says, "Kngine doesn't try to index the web; it tries to understand it."

It takes this approach because “mobile consumers just want answers to their questions, not lists of links that may or may not lead to the answer,” he says.

The platform, although in beta, may have a few advantages over its immediate competitors. Unlike intelligent search rival Wolfram Alpha, Kngine does not draw from a finite pool of pre-defined answers, but rather works to continuously update its dataset with new information from the web.

"Kngine is always working in the background, reading the internet to understand the information that is existing on the web," ElFadeel explains. "When you ask a question, it will try to understand what the question is about, and then answer the it based upon an up-to-date knowledge base."

Another rival, Evi, often derives answers from Q&A forums like Quora, often linking to the thread rather than returning the full answer. This means the question has to have been asked before, and it could be outdated, he points out.

Being able to answer new questions is a critical function; according to a 2007 presentation, 25% of queries on Google at that time had not been entered previously.

In its bid to do so, Kngine is stacking up. In a benchmarking test, the platform was able to answer 5,000 questions with a 69% accuracy rate, compared to Evi's 51% Wolfram Alpha's 39%. (One-third of those questions came from Evi.com, TrueKnowledge.com, WolframAlpha.com, Kngine.com, Google.com and Ask.com, while the other two-thirds came from people who don't work at Kngine or any intelligent search company.)

Thus far, ElFadeel has built the platform with a team of 12 programmers in Cairo, after launching the idea as a research project in early 2009. After seeing results, his initial team decided to build it into a startup, and built a prototype in 2010. After winning the Global Entrepreneurship Program competition held in Cairo in January 2011, they secured funding from Cairo-based venture capital fund Sawari Ventures shortly afterwards, a few months after the revolution.

Now, ElFadeel has moved to Palo Alto, as of two months ago, to promote the application launch and open an office in DogPatch Labs, where he will continue to work on the project.

Ironically, ElFadeel doesn't have a computer science degree, having studied commerce at university. Yet his drive has made this fact irrelevant. "I've taught myself how to program, ever since I was 11. Honestly, I don't trust a computer science education in the Middle East and Egypt," he confesses.

With a similar entrepreneurial spirit, no one at Kngine is resting. They will continue to develop the app, which currently offers local search in the US, UK, France, Canada and Germany, to include more functionalities, launching a version with global local search in two weeks.

ElFadeel also aspires to add Arabic support to the app in its next iteration. The app uses the same voice recognition technology as Siri, making it difficult for some with non-American accents to be understood when speaking English. Yet in the meantime while that technology improves, users can type their queries, say ElFadeel.

If Kngine can help users conceptualize web search in terms of answers, not just locations, it may herald the dawn of a different kind of revolution rising from Egypt.

Discover the iPhone application* and the Android application, and let us know what you think.

* not currently working for iOS 4.