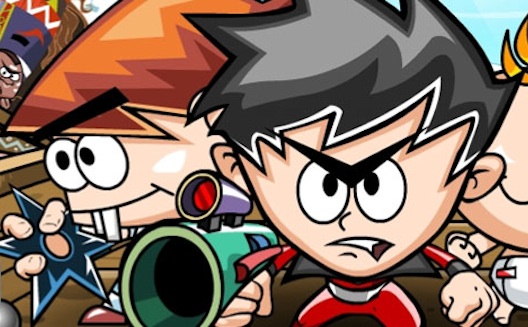 2012 marks a new era for Wizards Productions, which today announced a publishing agreement with 6waves, a leading international social and mobile games publisher.

Wizards Productions, has historically focused on massively multiplayer online (MMO) games, yet now intends to publish its first mobile game, Aqua Jam, in 4 weeks for iOS and later this year for Android.

"We believe that the gaming industry is shifting towards mobile and we believe that there is great potential in it," says newly anointed CEO Sohaib Thiab. "Mobile also allows us to publish our games globally."

With a regional mobile penetration rate of 96% in the Arab World, higher than the global average of 82%, thanks to outliers like Saudi Arabia (whose mobile penetration rate may approach 132%), it's easy to see why a regional gaming company would go mobile. The shift also makes makes sense given the sense of Wizards Production's Amman studio. "Mobile games are smaller in scale and can be developed very quickly," Thiab says.

The gaming company, which was founded in Amman in 2008, is also switching CEOs, as original CEO Afif Toukan steps down and COO Sohaib Thiab steps into the lead role. The shift is purely for personal reasons and not due to team conflicts, notes Thiab; Toukan will still be a stakeholder and partner but not a working partner.

Aqua Jam, however, will focus on a younger audience, from 8 to 20 years old, with a simple storyline- a family is seeking to recover the other half of its members, who we kidnapped. The game will initially be published in English, but then will be likely be localized in Chinese, thanks to  6waves's presence in Hong Kong, and then Arabic as well. While Wizards will no longer focus on localization, it will continue to push to publish its games in Arabic, and will port some of its previously published Arabic games to mobile, says Thiab.

The shift follows the trend across the gaming sector in the region- as companies like Wixel Studios in Beirut shift to publishing mobile games in English, and TakTek Games signing a deal with U.K.-based mobile publishing giant Chillingo in April to publish simple language-less games with a global appeal as well.

While some lament the lack of games that truly capture the spirit of the region, it seems gaming companies are prioritizing profitability over local flavor, taking the fastest route to going global.

The trend is not exclusive to the region, however. Social gaming MMO publisher Kabam also pivoted towards producing mobile games early this year, moving away from publishing primarily on Facebook. The jury is still out on whether this has been a successful shift, yet many are following suit, looking to mobile as the future of gaming.