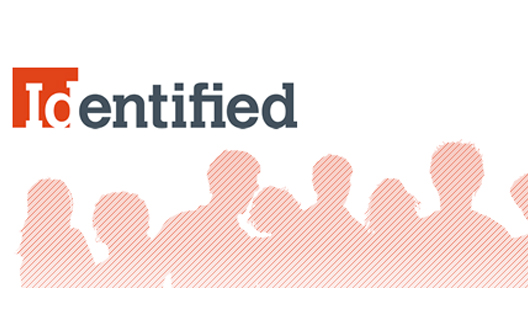 Job search platform Identified, that aims to become the LinkedIn for the next generation of Facebook-focused entrepreneurs, took a huge leap forward yesterday, closing a series B round of $21 million.

Thus far, the platform has seen impressive growth, leaping to 10 million registered users in 8 months since its launch last September, the Identified blog notes. Of those users, 3 million are consistently active and 90% are under 30, with an average age of 23, TechCrunch reports.

On LinkedIn, as co-founder Brendan Wallace told us this December, 50% of profiles have been logged into only once, 7% return monthly, and the average age of its users is 44. He now says 60% of their uses are over 35.

Identified is targeting a younger demographic, making their job search more engaging and more social by leveraging Facebook networks to reveal information about loose ties at companies seekers are interested in, and using gamification tactics with the Identified Score, a metric of a user's desirability in the U.S. job market that encourages job seekers to compete against one another.

In its seed and Series A rounds, Identified was heavily backed by Fadi Ghandour, Samih Toukan, and Hussam Khoury, among other investors in the Middle East. While Identified is thrilled with the value its current investors add, Wallace also called Fadi "one of the most hands-on value-added investors" he’s ever had.

The platform, developed by Wallace, previously of Goldman Sachs, and Adeyemi Ajao, who built the largest social network in Spain, now stands to be a serious contender against LinkedIn. It scored a blow against the job search giant in by poaching LinkedIn's product manager Janet Ryu in December, but it will have to work hard; LinkedIn reported 161 million users in 200 countries as of March 31st this year.

Another competitor is BranchOut, which I receive more requests on in the MENA region than I do from Identified. BranchOut also recently raised $25 million in series C funding in April, and has grown to 25 million users (13.5 active) since its launch in July 2010.

BranchOut has a full year's lead on Identified, and has raised $49 million to date. 40% of its traffic is driven by its mobile app, and 50% comes from outside the U.S., founder Rick Marini said.

Identified's gamification twist remains a differentiating factor, and a mobile app is on its horizon with its new round of funding, its blog says. Yet as I've said before, launching into new markets like MENA will mean performing enough market research to make the Identified Score relevant to each national or regional market. The task is daunting, and yet if Identified can pull it off, they'll have a truly unique product that will add value for job seekers in the region and no doubt gain global traction on the back of an unprecedented data set.