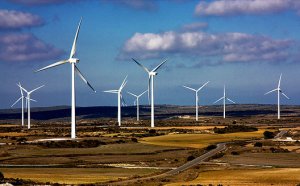 At the TEDGlobal 2012 conference in Edinburgh, Scotland, Tunisian entrepreneur Hassine Labaied presented Saphon Energy, a wind energy company that takes inspiration from his native country's rich history. The key innovation it promotes is its zero blade technology, which harnesses wind with a design inspired by sailboats. His company calls it the 'Saphonian', named after the wind divinity that was worshipped in the Carthaginian Empire.

Contemporary Tunisian affairs was also on Labaied's mind when he spoke to Arabic Knowledge@Wharton, discussing how the Arab Spring sparked his decision to leave an international banking career in Dubai to return to Tunisia to help reshape his country. He also credits his executive MBA education at the London School of Economics for influencing his entrepreneurial drive.

An edited transcript of the conversation follows.

Arabic Knowledge@Wharton: TEDGlobal calls you a "wind energy innovator." Can you tell me about the company you founded in Tunisia, Saphon Energy?

Hassine Labaied: First of all, I am not an innovator. I am more of an entrepreneur. My co-founder Anis Aouini is the inventor. He is the innovator. He's an engineer. I'm an ex-banker. I worked for 12 years for Citibank in Tunis and Dubai. During my last assignment, I was a director covering top-tier local corporate accounts in Dubai and northern Emirates. I got an executive MBA a couple years ago from the London Business School. I think a MBA is always a transformational process, at least in my way of thinking. I decided to go for an entrepreneurial journey with my friend Anis. He is the inventor and my partner. We started with an energy efficient processor for the environmental sector. That quickly evolved into cleantech, specifically wind energy. We are also developing other kinds of green energy but Saphon Energy is now focused on wind.

I decided to quit everything. I quit Dubai. I quit my entire international banking career. My partner as well quit his career. He was a senior guy at Shell and Schlumberger