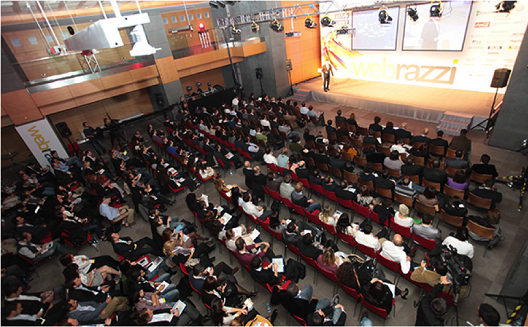 Webrazzi, the leading Turkish tech blog, will be hosting their annual Webrazzi Summit on October 4, 2012. As the most influential web source in its field, Webrazzi shares its expertise and networking platform through regular conferences and an extremely well-attended summit every year with the participation of prominent speakers from around the world.

Last year, the Webrazzi Summit brought together around 1,000 attendees and featured 55 top executive speakers in 34 sessions.  This year, the 2012 Webrazzi Summit will cover a range of topics including Digital Marketing, Social Media, E-commerce, Venture Capital, Angel Investment, Online Gaming, Mobile Applications and more, with keynote and parallel sessions throughout the day.

Senior executives of leading companies in Turkey and around the world will be speaking at this year’s event, including representatives from Facebook, TechCrunch, and Wamda. The 2012 Webrazzi Summit will take place in Istanbul, Turkey.

A 20% discount on event tickets is available for WamdaCard members. Although WamdaCard is in private beta, you can still take advantage of this offer by signing up at www.wamdacard.com and following-up with an email to card[at]wamda[dot]com to receive your discount code.