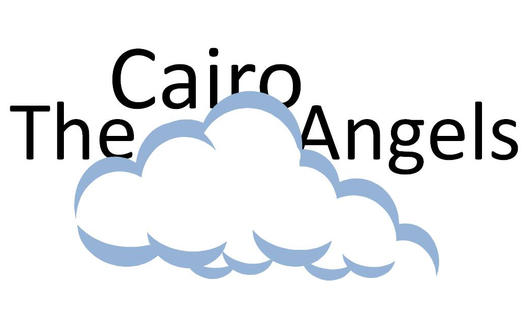 The Cairo Angels are here. No, it’s not a local remake of Charlie’s Angels (can you imagine), but a group of business angels based in Cairo and looking to invest in early stage startups.

Many people, not least me, have been saying Egypt needs an organized Angel group to fill the funding gaps Venture Capital cannot fill, so I was really pleased to be able to speak at length to Cairo Angels’ founder Hossam Allam about the group’s plans.

“[I got] the idea for The Cairo Angels in mid 2011 and we hosted our first angel pitch session in February 2012,” Hossam explained.  He wanted an organised way for “angels to invest in interesting and high potential start ups and enjoy the satisfaction of guiding entrepreneurs and participating at [a non-] executive level.  We started with about 10 [angels], today we have 50 registered [members], within 18 months I’m hoping to have 100 active angels at which point it will probably not be effective to have any more. Instead I hope other angel groups will emerge.”

The backgrounds of the angels vary enormously and include manufacturing, trade, retail, agriculture, tech, construction, finance and consulting.  Roughly 20% of the angels are women.  They also have a few guest members to add hard to find or afford know-how, such as PR, accounting, or legal expertise.

Business angels have been around in Egypt for a long time, though they might not have been called that previously.  However they tended to invest in people they already knew, or who were at least introduced to by someone they trust.  A structured approach where complete strangers can apply for investment is still relatively new to Egypt.

The process starts by going through a business plan, “if it has merit we meet and screen the entrepreneur(s).  If the entrepreneur is interesting and good to go we short list them for our next pitch evening.”  There’s a pitching session every couple of months, Hossam described the format: “[It’s a] 3 to 4 hour evening in a swanky hotel meeting room theatre style. 5 entrepreneurs get 15 mins each to present [to the angels present] (so far average 10). We go through 3 presenters with a 5 min Q&A followed by a short standing dinner and networking with entrepreneurs. Then a guest speaker comes in and talks about something related to entrepreneurship for 15 mins. Then we resume for last two [presentations] followed by networking and goodbyes.”

So far they’ve been approached by over 60 companies, seen 20 pitches, and entered into 6 commercial negotiations.  Hossam wants more, however. “There has definitely been some reluctance to invest outside [the angels’] comfort zone, however with time, turnover of projects, and importantly angel training, there is evidence of angels making small investments in unfamiliar territory which is exactly how it should be.”

There is no sector preference although they are predictably receiving a lot of applications in tech, he says. “From a macroeconomic perspective we do hope we will see more deals coming through in the agriculture and manufacturing space; and we are keen to be approached by women entrepreneurs as they tend to produce more successful start ups.”

Hossam wants each angel to ideally invest in ten companies, although realistically he thinks  thatif an angel invests in one venture per year for a few years they’d be doing very well.  The angels’ sweet spot is 50,000 EGP (US$8,300) but tickets can rise to 100,000 EGP (US$16,600) per investment. Given the risk profile of startups they don’t encourage angels to invest more than that.

The type of involvement angels are looking for varies greatly. “Conventional wisdom says that an angel should always seek some level of [non-]executive participation but we are relaxing this requirement until deal flow is more steady. In the meantime we have some angels who simply want the capital exposure while others want to be involved in grooming the entrepreneur before an investment has even been made!”

Whether the idea of being groomed appeals to you or not, if you need seed money, get in touch with The Cairo Angels’ administrator Ivana Daher.  Just be sure you’re primed, because “as a principle, The Cairo Angels does not yet participate in coaching, mentoring or incubation.”  Good luck.