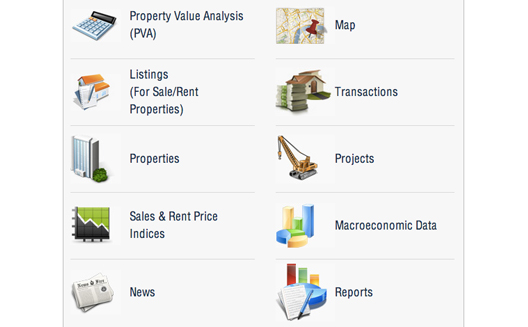 It was the crash heard around the world: when the American real estate bubble finally burst in 2008, its repercussions echoed internationally, not least of all in Dubai. At the time, Ahmet Kayhan’s REIDIN had already been in business for a year, collecting and analyzing real estate data and intelligence in emerging markets. Before the crash, the overall size of real estate funds in emerging markets sat around US $2 trillion, according to Kayhan; when the bubble burst, that number tumbled down to 200 billion dollars.

Kayhan, the Turkish CEO and co-founder of REIDIN, refocused to go with the changing times. The real estate information network had been selling emerging market information to giants like Merrill Lynch and Morgan Stanley; now they began selling to local institutions in the 35 countries where it already had a presence.

“These local guys, like the banks, the real estate brokers and developers, the investors and investment funds, they won’t disappear,” says Kayhan, referring to contrast with the collapse of the world’s leading financial services firms. “So we decided to focus on more granular, local data. So we now cover residential, retail, office, and land data.”

“Let’s say I am buying a house,” he explains. “I have to go to the bank and get a mortgage. The bank finances the mortgage through different verticals like loans, funding from the government, and shares from shareholders – so everyone is exposed to real estate risk. Look at the banks in the UAE, for example; one of the biggest portions of their credit portfolio is real estate. In that regard, creating a little transparency clears the way for revealing what kind of risk you are taking.”

While most of REIDIN’s information is proprietary, Kayhan and his team work with real estate agents and brokers, and government departments like the Real Estate Regulatory Agency (RERA) in Dubai to provide services like data collection and collation, indices, valuations, maps, property value analyses, listings, news and reports to its consumers. REIDIN sells to its intelligence to over 300 businesses between Turkey and the UAE alone, and will develop its individual consumer end later this year.

If Kayhan were to do it all over again, he says the UAE wouldn’t be one of its prime emerging markets. “If I were starting this business model from scratch, I’d focus on places like Riyadh, Istanbul, or Mumbai in this region,” he says. “We have an index for selecting our markets, where we look at housing growth rates, population growth rates, GDP and mortgage growth rates. In Turkey, the mortgage growth rate was $500 million, and it went up to $52 billion in the past five years. So, 2013 will be our Turkey year – even if we weren’t Turkish, it’d probably be the first market we’d look at.

Kayhan and REIDIN co-founder and CIO Mehmet Erkek are also setting their sights on Saudi Arabia in the immediate future, and keeping a close eye on Brazil, Argentina, Russia, Malaysia, Indonesia, and Vietnam in the longer term. For a company that started up without outside funding from venture capitalists or help from incubators, REIDIN grew organically to span countries all over the world.

But Kayhan says their biggest regional challenge remains finding the appropriate talent to join REIDIN, and make it what he always dreamt it to be: “No one was building a dominant real estate portal, so I thought: ‘let’s build the Bloomberg of real estate’.”