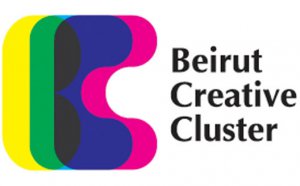 One year ago, the Beirut Creative Cluster (BCC) was just an idea developed by Berytech. Today, the cluster is set to become a hub for creativity and innovation in Lebanon, with 25 member companies, an influential advisory board and an award from the European Secretariat for Cluster Analysis.

"When some companies in Lebanon take on challenging projects, they partner with foreign companies instead of local; this cluster aims at introducing local companies to each other, helping them communicate and build trust, and encouraging them to work together on those big projects."

The companies interact during events, focus groups and workshops held by the BCC.

During my discussion with Tannous I understood that, like many other issues in Lebanon, the BCC was born out of unique circumstances and conditions very different from the typical path of a typical government-supported cluster.

Generally, clusters are an agglomeration of corporations within an industry, that come together to collaborate, often supported by governments. Typically, a cluster would announce its launch and organize activities once it has gathered company members. The BCC, on the other hand, began to organize events before members joined, simply because, Tannous says, companies were resistant to the idea and unfamiliar with the concept. "Many companies said they don't have time for this and they think no one else is ready to collaborate", Tannous adds. BCC is now planning its launch for early 2013.

"I organized individual meetings with media companies to introduce them to the concept of cluster and convince them to come to an event and live the experience before they decide to join", says Tannous. He also enticed potential members with the cluster's benefits and services.

Another difference between the BCC and other clusters around the world, is that in order to join a cluster, a company should pay a fee, whereas in Lebanon, the membership is free of charge for now.

Today, the interest of the members companies is evolving and momentum is building as they become more and more involved in joint activities in BCC, says Tannous. "By bringing companies together and supporting them, the BCC can enhance employment and participate in boosting in the economy of the country."

Since the creative entrepreneurship sector is quite new to the region, BCC hopes to ultimately help startups and SMEs organize and scale by bidding on bigger projects supported by the cluster.