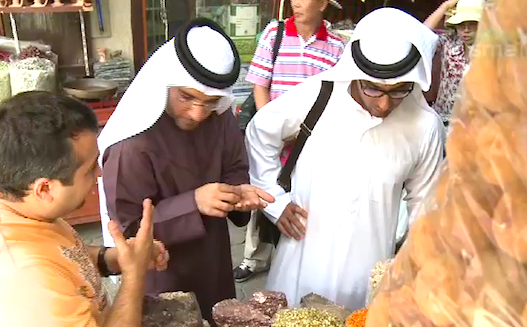 Dubai is not known for being lean. “Because the Gulf is such a new region, everything is geared towards big imported brands,” says Mohamed Parham Al Awadhi of Wild Peeta. “They’re the gold standard.”

At Tuscan-themed Mercato Mall in Dubai where we're chatting, everything is large and foreign; we’re eating at French chain Paul  next to Spanish clothing line Mango. “These 3000 square foot outlets are something a startup could never afford,” says Al Awadhi, referring to the spaces typically offered as opening locations for businesses in the UAE. “The average small business needs about 5 years to build up to this point. Local brands die for this reason.”

For Wild Peeta, which offers a wholesome take on shawarma, launching in a domestic market- the Al Awadhi brothers are Emirati- has proven tough for exactly these reasons.

The Al Awadhis are now accelerating out of a steep learning curve, and planning to be the first Emirati (or Arab?) business to fully fund its next round of expansion with crowdsourced investment (not to be confused with crowdfunding, as is found on platforms like Kickstarter).

If they are successful, their new vision could set forth a new lean, crowd-focused model for startups in Dubai, especially if young startups heed the lessons they’ve learned along the way.

Yet it turned out that most food court visitors in Dubai prefer the comfort of known Western brands to trying a new twist on an Arabic classic. “It was very difficult for a new business to have a voice in the loud din of a food court,” says Mohamed.

At their current outlet at the World Trade Center, the Al Awadhis tried to capitalize on foot traffic from conventions. Yet they discovered that a lack of convenient parking and the seasonal nature of the conferences were traffic killers. It's tough to scale during seasonal booms in Dubai, Mohamed points out- “if we hire 20 workers and secure their visas, what are we supposed to do when the season ends, fire them?”

To pivot into their next phase, the Al Awadhis wisely jettisoned the “biggest and best” mentality, now planning to open a couple of small venues, around 200 square feet in size, as franchises in non-traditional venues near their target demographic, a mixed Emirati and expatriate crowd.

They’re also focusing deeply on the specifics of their food. Spending time with the Al Awadhis is always a lesson in culinary precision and enthusiasm- they are fanatics about food quality and preparation, preferring a tiny street spot that serves excellent Vietnamese noodles to an overpriced black cod.

They might obsess over how to properly sweeten their lemongrass ice tea or prepare their eggless mayo sauce, but their extensive testing has also yielded a deeper understanding of exactly what customers want. “We’re minimizing, sourcing from good local farmers, and trying to make Wild Peeta a sustainable eating choice,” says Mohamed.

The next iteration of Wild Peeta is designed to bring the brand even closer to its customers.

Firstly, the brothers plan to launch a crowdsourced investment campaign for their next two franchises. “Each outlet will cost a total of around $200,000 to set up,” says Peyman. “We’ll take investments from fans as low as 1,000 dirhams (US $272); this will give our customers a chance to own a stake and put their own opinions to work.”

Thus far, the plan is working- they say around 30% of the first outlet is funded.

Secondly, they will be launching a TV Show, Peeta Planet, that will feature both brothers traveling to 12 countries around the world with the highest social media penetration rates. They'll sample restaurants and engage with creative ventures in countries including Australia, Japan, South Korea, India, Brazil, the U.S., Turkey, Saudi Arabia, and South Africa (hopefully wearing their unique flavor of third-culture dress, typically a mix between traditional Emirati dishdashas and baseball caps, lumberjack shirts and hoodies straight out of Austin, Texas).

As a hybrid TV-web experience, Peeta Planet will feature the Al Awadhis livetweeting their adventures and asking fans to decide where they go next. “We’re focusing on embracing innovation around the world,” they say. Once it launches, the TV show will also feature live engagement on social media.

To enter this next era, Wild Peeta is looking to bring on board a third partner, with 10-15 years of experience in the Food & Beverage industry-  “someone who’s thinking of starting something up themselves.” (Those who are interested should reach out to @wildpeeta or welisten@wildpeeta.com).

“All great brands share four common traits,” says Mohamed. “Passion, innovation, failure and persistence. Right now, we are at 'Persistence.' We have a solid sense of who we are and what we want to achieve. It's taken us all of our lives to get to this point and we're not giving up for the rest of it."

It’s an ambitious experiment to launch a lean franchise model in their native market while stepping onto the global stage to make a statement about innovation, but the Al Awadhis are nothing if not brave. And why shouldn’t an Emirati duo realign the world’s concept of the Gulf (and the Gulf’s concept of itself) with fervent creativity?