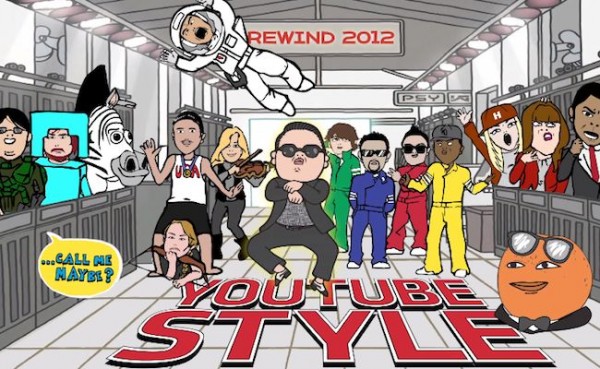 The most famous example this year is that of popular Korean singer PSY, who at the age of 34 was able to become one of the most famous singers in the world thanks to the success of his song “Gangam Style” on YouTube.

The video amazed the world after it attracted more than a billion views, surpassing a million views in 75 different countries. On October 6th this year, it set an additional record for having more that 5 million people worldwide searching for this it.

It wasn't merely a popular success but also a financial one; these YouTube shares resulted in advertising deals valued at US $8.1 million with 2.9 million copies being downloaded via internet. PSY became the first Korean singer to top the charts with the most popular and most purchased song on the American iTunes store.

If you take a closer look at the most successful videos on YouTube, you will notice that they vary between song videos- mostly comic- and episodes of entertainment programs that are exclusively offered on the internet, a trend that has been booming lately.

In an era when the most-viewed clips differ from year to year depending on the viewers’ mood, the same idea applies to channels that regularly broadcast on the internet.

That is what we found when looking at the most famous Arabic channels on YouTube. MBC Group took the first spot in the Arab World with over 650,000 subscribers. It's the only group that broadcasts clips specifically produced for television; most of the other channels in the top ten are content broadcasting channels for projects and celebrities who became famous because of their YouTube videos.

Badr Saleh, who hosts the wildly popular Eysh Elly, was one of those celebrities. He describes the show as a comic program that criticizes the most recent and funniest videos uploaded on the internet, sometimes constructively, sometimes cynically. The program has reached over 620,000 subscribers.

Among those who became famous after posting videos on YouTube was Egyptian Basem Masri, who has succeeded in transforming his internet comedy show into one of the most famous television talk shows in Egypt. Its private channel on the internet is now the 4th most popular channel in the Arab region.

You can check the year in review for YouTube in the Middle East in 2012 by visiting this link.