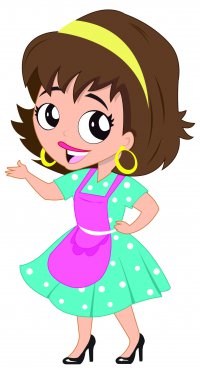 A year after it launched, Supermama decided to venture into offline events in Egypt- a new move for the first Arabic online parenting community. To do so, founders Zeinab Samir and Yasmine El-Mehairy hired a PR company and tested the possibilities, in hopes of getting the word out to an offline community of mothers.

The startup, which offers advice on health, cooking, pregnancy, parenting and careers, all in Arabic, had recently celebrated its first anniversary, releasing a mascot and a new video feature.

After their event, however, Supermama decided to refocus on their new video feature, concluding that marketing online was best for their audience. Here, El-Mehairy shares some of her thoughts on the disadvantages of wandering away from the online world as a digital startup, in hopes that it helps others determine the right way to present their offline presence.

One thing their offline event did help the Supermama team do was determine how best to allocate their resources. In their new video series, they've released seven different installations, each of which offers a quick 2-3 minute "do it yourself" tutorial showcasing interviews with pediatrics and general doctors, or discussing activities for moms and children to do during vacations.

Supermama opted for video because busy mothers in the Arab world can assimilate visual and audio presentation faster than text while multitasking, and also because "video spreads like fire on social media", says El-Mehairy.

In the first three weeks, their video series has registered 56,000 views, 12% from Saudi Arabia, which their offline event could not have helped them reach; it pays to test and pivot in order to scale at a healthy pace.