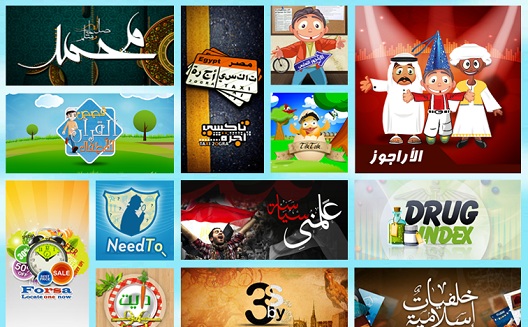 The company, true to its name, aims to create 700 unique apps in 10 years. Since its launch in May last year, co-founder Sherif Osama and his surprisingly large team of 40 have already developed over 20 apps for the Egyptian market.

The startup, which has been funded mostly by investment from its co-founders, is just covering its costs, explains Osama. But they're banking on turning a profit by focusing on catering to the latest Egyptian mobile trends as they arise. They haven't yet seen a big hit among the 20, but are hoping that by targeting several sectors, they'll hit pay dirt.

Their two most recent apps target very niche markets, which seems to be a trend. Most startups I've interviewed would prefer to start with baby steps and aim for a few big ideas with a small team. Could 700apps could turn out to be the exception to the rule?

Here's a look at the apps.

700apps’ Drug Index Atlas app allows doctors to quickly search through the "Atlas" database, which Osama explains is the most popular reference book for all doctors in Egypt- and which 700apps has an exclusive contract with.

700apps pointedly doesn't want to market the app to a broad audience, pricing the app at $4.99 because "it's for doctors only."

When it comes to their niche target, the central question is whether doctors will actually use their smartphones readily to look up this information. According to Osama, 30-40% of doctors in Egypt have a smartphone; whether that smartphone is typically used as an on-the-job reference tool will determine the app's viability.

Yet the app has found its market, having brought on over 5000 users by the time of our interview, in its first month. Most of its users are from Cairo, but scaling to doctors in the rest of the Arab world seems to be its best bet for further growth. 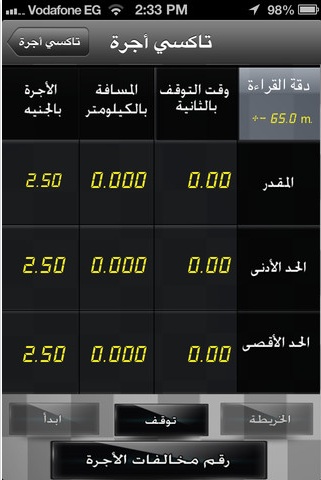 Taxi 2Ogra ("Ogra" means taxi in Egyptian Arabic) follows several similarly named apps (El Ogra and 2Ogra) in addressing Cairo’s infamous traffic challenges. This app, however, is a bit different from the others, which respectively offer taxi stories and taxi ordering abilities; Taxi 2Ogra makes an ambitious attempt to document and rate all of Cairo’s taxis.

It does so by offering two primary services: first, it allows you to start your own digital taxi meter when entering an Egyptian taxi. Once you arrive, it suggests 3 possible fares – minimum, suggested, and maximum- to demonstrate what you should be paying  based on current regulations.

Second, the app allows users to review taxis, revealing details about car safety, amenities, and friendliness of the driver, listed by license plate number. It allows users to add drivers to a favorites list, or quickly contact the police should the driver be, well, not a favorite. The 700apps team also verifies each entry by visiting every driver added to the application, says Osama.

This last feature is very ambitious for a software company. At the time of interview, the app had only just been released and had around 15 separate taxi entries. Should it scale, however,  perhaps allowing the public to vet accuracy will be easier. The app seems likely to remain targeted towards tourists, not necessarily locals.

Another among the company's recent releases is Teach Me Politics, an app that reveals locations across Cairo that were meaningful during the revolution in 2011, offering pop-up notifications as a user (most likely a tourist) walks.

With apps targeted at very niche segments, it seems that 700apps is looking to sustain revenue by building a large quantity of apps, but not necessarily building one that can scale regionally or to a broad local market. Can a startup sustain itself simply by creating an army of small apps? Perhaps not for 10 years, but if they can build 2-3 quickly every month, perhaps 700apps can hedge against failure with sheer volume. Or, perhaps small ideas serve as market research, and the company will hit upon a few big ideas, just not 700.