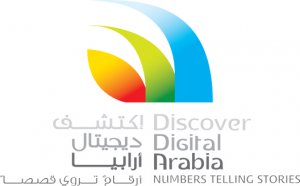 Infographics and video imagery are clearly one of the hottest trends on the web, and Saudi-backed N2V is hardly one to miss out.

The holding company, which focuses on Arabic consumer web and mobile ventures, launched Discover Digital Arabia (DDA) in Jordan in mid-2011 to spread knowledge about the Arabic web by publishing statistics in colorful infographics, punchy, simple videos, and single-stat "infostamps."

As an online audience reaches for knowledge that is quick and easily digestable, DDA hopes to fill a regional gap for information focused on the Arabic web.

Currently, most reports on the Arab web are hidden behind expensive paywalls, with the exception of reports that Arab Advisors Group posts on Slideshare. DDA hopes to build its partnerships with regional publishers to make the content widely available though its visual content and daily blog posts, helping to educate a virtual audience and raise global awareness about the growth of the Arabic web. “We strive to make the information imagery design as catchy as possible in order to reach the widest audience possible,” says N2V Business Development manager Bassel Kilanee.

It might sound simple- take a report, pull out the most relevant items, and send it to a graphic designer. But, says DDA manager Ghana Kassem, determining what audiences preferred was tricky. By partnering with report creators, they were able to "constantly share results and statistics," which allowed the company to pinpoint reader interest over time.

Despite several partnerships, the team still finds that many outlets are reluctant to share reports and potentially compromise their market share. DDA hopes to set up its own research team, says Kilanee, "but it’s too costly – something we can’t afford right now." Doing their own research would enable the team to bypass conflicting statistics from multiple sources, some of which are hardly 100% accurate, he says.

This reveals another issue DDA faces, which readers might not expect from an arm of the N2V empire- cash flow. Its resources are very limited, but it benefits from N2V's strong presence on social networks.

For now, the team is focusing, naturally, on Arabic, although it does publish the occasional infogrpahic in English (such as the Social Media Consumption in Arabia). It's also pushing to especially increase its presence on YouTube, which is most watched by Saudis according to Google. As traffic on Arabic entertainment websites like Nawa3em and Ra2ed soar, DDA wil continue to lure Arabic viewers to care about statistics and research, hopefully democratizing the availability of web knowledge along the way.