In this interview with Wamda, Midani discusses how he went from an interested gamer to a developer, starting several small studios before launching DigitalMania in 2011. Their latest project, social game DefenDoor, was launched just last month as a way for them to feature Tunisia’s game development abilities and culture.

Midani explains the challenges he faced when starting a game development studio in Tunisia, especially the lack of available education for game developers, leading to a low level of such skills in the country, he says.

Through DefenDoor and future games, DigitalMania is hoping to share Tunisia’s diverse Arab, African, Berber, and local culture with the world.

The game itself is pretty fun, allowing players to create and send characters, or zorbs, against their opponent’s door, while building defenses for their own across an animated cartoon field. While the graphics aren’t amazing, but good enough for a Facebook social game, the doors and tools are customizable to how you want to play. The only downside was that there aren’t a huge amount of players yet, so you may wait a while to join an open game as a computer opponent hasn’t been introduced yet- they will add this feature soon.

As Midani explains, Defendoor is easy to figure out, and hard to master- it becomes fairly challenging in the higher levels. I look forward to their next updates and releases out of Tunisia. They will also be releasing DefenDoor for mobile soon and seek to make a cross-platform functionality for players to play against each other on Facebook, smartphones and SmartTV. 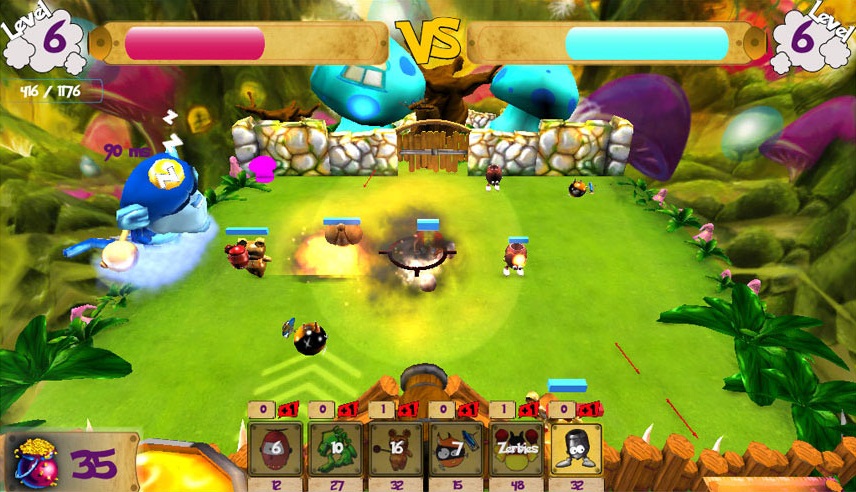