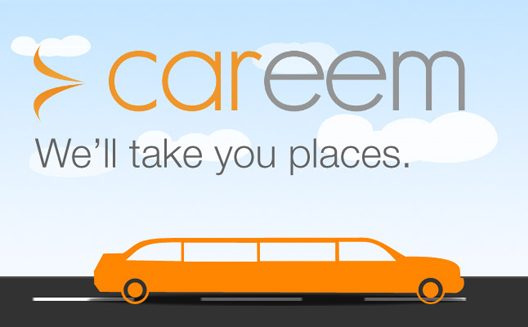 UPDATE: Those who sign up for Careem through Wamda will receive a free 30 AED (~US $8) in credit; click here.

For those looking to get around Dubai or Abu Dhabi in style, a new car service has launched to offer limousines at the click of a button, via a mobile app.

“This is our vision for revolutionizing ground transportation in the UAE,” says Magnus Olsson, the co-founder of Careem.

Olsson and co-founder Mudassir Sheikha aren’t the first busy professionals to build a company inspired by their travel-heavy lifestyle (remember personal assistant service Allinque?). With Careem, they hope to make the UAE that much more convenient.

“We used to travel all of the time,” says Olsson. "When it came to ground transportation, the system was broken. From making sure the driver wouldn’t get lost to collecting the small receipt slips, it was pretty painful. We thought, there has to be a better way.”

Today, when a customer signs up on Careem, they will receive an SMS notification and can track their trip in real-time, as well as rank the driver. In an unpredictable sector, reliability is Careem’s calling card. “Our drivers don’t get lost,” says Olsson. “In 95% of cases, we are on time, and 99% of the time we are a maximum of 5 minutes late.”

Its other advantages include the ability to pay with a credit card, have regular locations stored by GPS, and, importantly for corporate travel, receive receipts online. The mobile app offers an incredibly simple interface for ordering cars (screenshots below).

Uber for the Middle East

It's not a new idea; Careem, which means “generous” in Arabic, is the same concept as Uber, a luxury car service that launched in San Francisco in 2009. After a $37 million series B round in December 2011, led by Menlo Ventures, Amazon founder Jeff Bezos, and Goldman Sachs, the service, which has raised $49.5 million to date, has expanded to 26 cities, including London, Singapore, and most recently Berlin.

Uber's expansion was not without controversy; in 2011 and 2012, the company entered into disputes with local transit authorities and taxicab commissions and companies in San Francisco, New York, Chicago, Vancouver, and Toronto over its licensing status. Yet after ironing out these hiccups, it’s continued to grow at an astronomical rate, proving global demand for the model.

Yet for Careem, legal status isn’t an issue. “We only work with drivers and cars licensed by the Roads and Transport Authority (RTA) in Dubai and the TransAD authority in Abu Dhabi,” says Olsson. “All are inspected on a regular basis by the regulators and insured as per regulation.”

Like Uber, Careem doesn’t have its own fleet of cars; it partners with “close to 30” limo companies in the UAE that employ a total of 350-400 drivers across Dubai and Abu Dhabi. These smaller companies want to join because they’re often under-utilized, says Olsson: “30 to 50 percent of their time is spent sitting around.”

Thus far, aside from corporate clients, the company’s early adopters have been women and customers in outlying areas who want a safe experience, says Olsson. It might also turn out to be a great option for those waiting in longs lines at Dubai Mall during peak hours.

For Mudassir Skeikha, who was born and raised in Pakistan and worked in Silicon Valley for 8 years, and Olsson, who once tried to launch a Swedish version of Facebook in Stockholm, building Careem was a welcome departure from their lives as consultants at McKinsey. Olsson, who met his Palestinian wife on a bus in Africa, says he was “itching to get back to building something after five years at McKinsey.”

Starting out by localizing a globally-proven model is nothing new in Dubai. But if Careem can integrate non-luxury cars and begin to tackle tougher markets like Beirut, Riyadh or Cairo, there’s no reason it won’t entice an international market hungry for consistency.

Have you used Careem? Share your experiences with us in the comments section below. 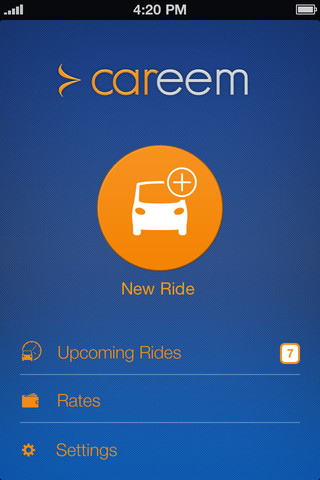 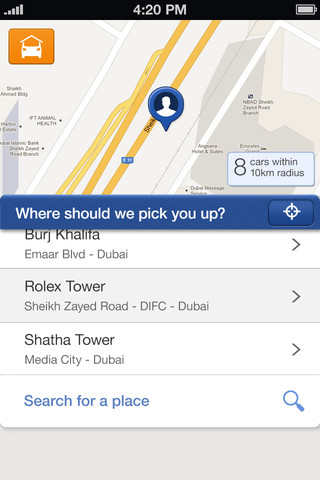 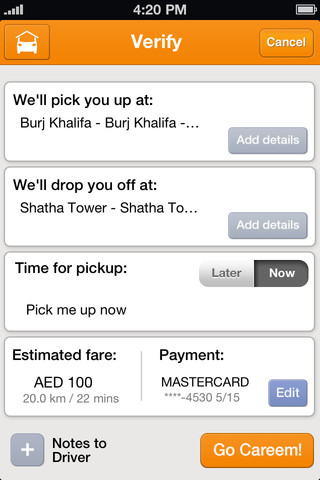 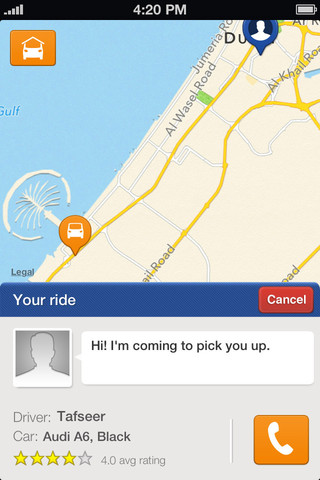