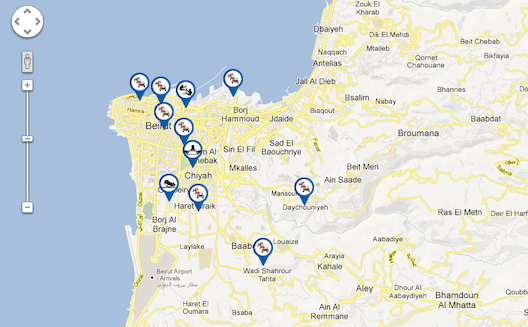 Last June, during Lebanon’s latest electricity crisis, AUB-trained computer engineer and software developer Mohammed Taha received a frantic call from his wife. She had been driving with their small child through a neighborhood in Beirut, when protestors, furious at recent electricity cuts, fired shots across the windshield of their car. Sobered by his family’s brush with tragedy, and wishing there was some way they could have received immediate updates about the danger, Taha created one.

Ma2too3a! is a mobile app for Android and iPhone that crowdsources information about roadblocks, demonstrations, traffic accidents, and anything that might pose danger or inconvenience on the streets and highways of Lebanon and, soon, the Arab world.

Users can directly report disturbances within the app, which are then verified by the Ma2too3a! staff and posted on its mobile and website map. This skeptic’s questions about the accuracy of crowd-sourced information were answered when several (albeit rather outlandish) fake disturbances I reported failed to appear on my phone’s Ma2too3a! display.

Given Lebanon’s notoriety for colorful street-level political demonstrations including roadblocks, checkpoints, and tire burning, the app has predictably enjoyed instant and widespread popularity. Although Ma2too3a!’s parent company LaRoche hasn’t marketed the app, Taha notes that his media appearances on outlets like Lebanon’s LBC and Al-Jazeera pushed the downloads from around 200 per day after its launch on August 1st last year to up to 1,600 on peak days.

The October 19th assassination of Lebanese Intelligence Chief Wissam al-Hassan in the Achrafiyeh district of Beirut was also a critical moment for the app. In the immediate aftermath of the car bomb, the Ma2too3a! team saw daily downloads double and then triple as people became obsessed with checking local updates before making any trips in the city.

As of today, at least 67,000 users have downloaded the app – that’s one out of every nine smartphone users in the country, according to data communicated to Taha by Lebanon’s Ministry of Telecommunications.

This December, the app also won international recognition, claiming First Runner Up in the US State Department’s 2012 Global Innovation in Science and Technology (GIST Tech-I) contest, which won the team US $15,000 a three-month internship in Silicon Valley. 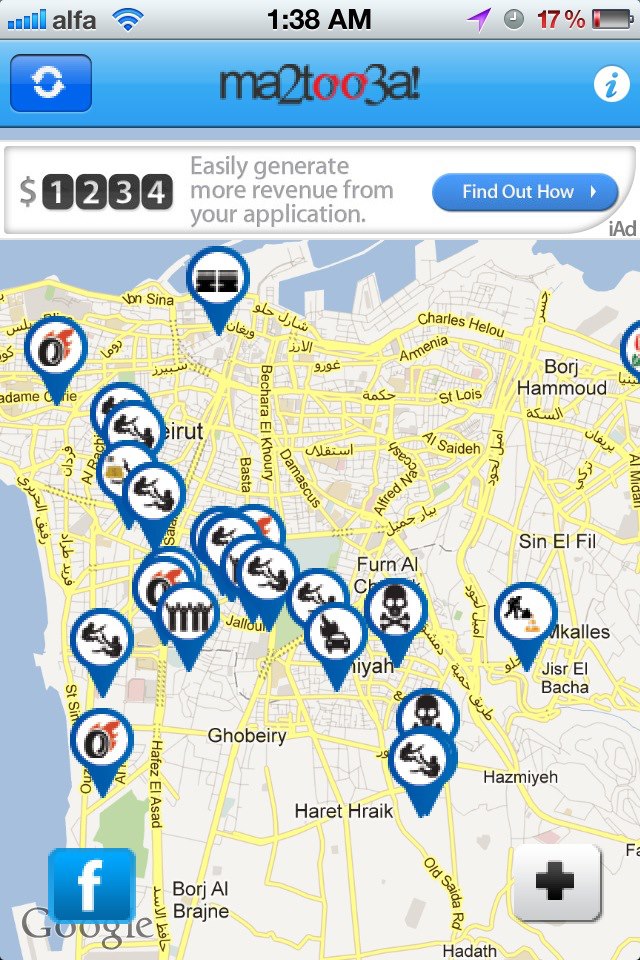 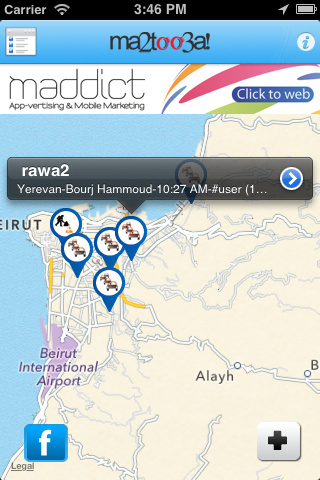 Now, to expand beyond the Lebanese market, Ma2too3a! is adjusting their vision to focus exclusively on news and traffic updates. The model for a crowdsourced traffic app has already been proven in the U.S. by a company named Waze, which Apple may be looking to buy. While Waze has established itself in the U.S. by offering turn-by-turn navigation and real-time social updates, Ma2too3a! is looking to pioneer this model in Egypt, Saudi Arabia, and UAE.

In Egypt, the app will come into competition with Bey2ollak, a community-based traffic information service that helps iPhone, Android, Nokia, Blackberry, and Windows phone users navigate roads in Cairo and Alexandria, and Wasalny, a very similar crowdsourced traffic app also built for iPhone, Android, Blackberry and Nokia, which just relaunched a new version. Both faced off as semifinalists in Google’s Ebda2 competition last year, which awarded Bey2ollak a victory some called controversial.

In the Gulf, where traffic is often not quite as chaotic as it is in Cairo, Google itself has enabled live road traffic updates within Google Maps, throughout the UAE, and in Saudi Arabia (in Jeddah) and Kuwait City.

Google’s expansion is something the Ma2too3a team hopes to capitalize on, potentially selling its crowd-sourced traffic and map information about Beirut and Lebanon to the tech giant. While the Ma2too3a! app is currently free, the team plans to offer location-based mobile advertising in its second version, which will be released in 4-6 weeks.

The new version (featured above and below), which is still in testing and development, also adds interactive features that will get people more personally involved in confirming or denying developments on the road as they happen.

Based on its growth rate to date, Ma2too3a! seems poised to take the region by storm. Yet with its next launch, the startup will have to prove that they can translate success during conflict into excellent traffic reporting. The coming year will tell if Ma2too3a!’s star will continue to burn as brightly as it has in the six months. 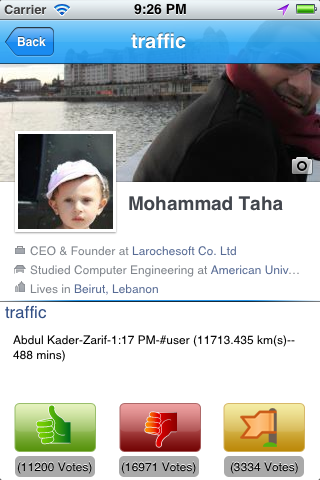 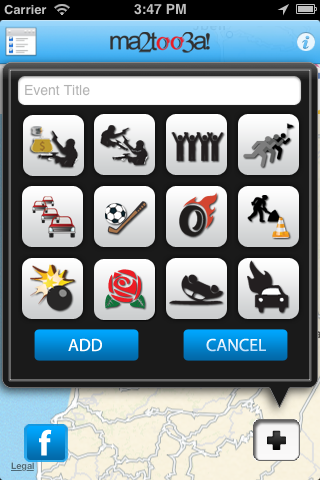 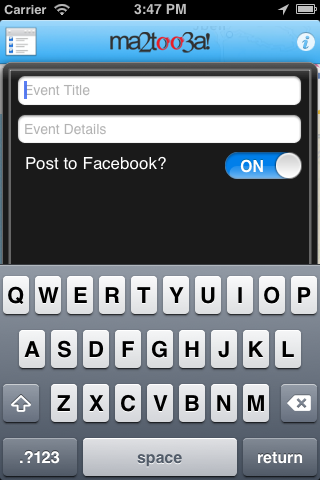 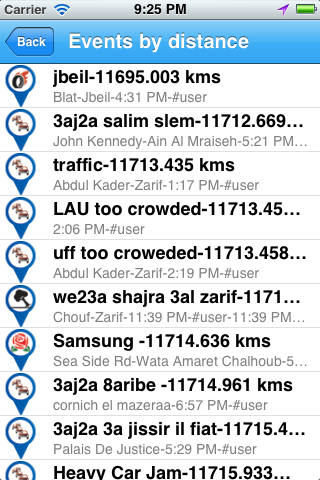