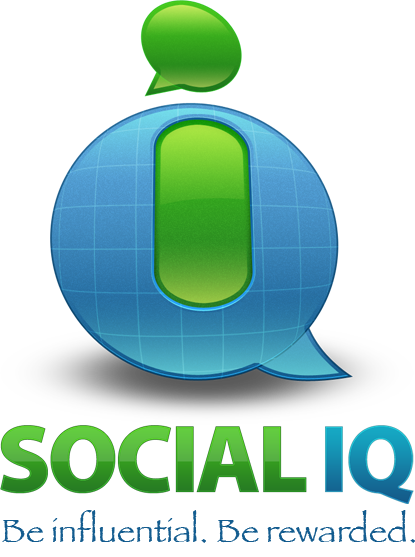 “I've always been interested in promoting technology and education in the Arab world,” says Akram Benmbarek, the founder of Social IQ, who boldly calls himself an “Entrepreneurship Evangelist” on his LinkedIn profile.

His startup is an “influence marketing and brand advocacy company” founded in 2009, with offices in Rabat, Morocco and San Diego, California.

A Moroccan himself, Benmbarek is a tech entrepreneur and former technology investment banker who spent most of his career in Silicon Valley either advising tech executives or raising money for tech companies. He was also one of the original founders of TechWadi, a leading non-profit organization building bridges between entrepreneurs in Silicon Valley and the Arab world.

Social IQ harnesses the social nature of people and their daily need to interact, share, and influence each other. Using an algorithm called the Social Influence Quotient (IQ), its marketing platform also rewards users for their social media influence with exclusive discounts, freebies, special offers and even payments.

The goal is to help build brand relationships. It’s estimated that 88% of Facebook fans never return to a brand’s page after first clicking “Like." Social IQ seeks to change that statistic by hiring influential fans as ambassdors and rewarding their shares.

The young startup won a Laurels award at the Red Herring Asia 2009 Top 100 Awards, and was nominated at the Tech America 2011 awards in the emerging growth category.

Check out my video interview with CEO Akram Benmbarek and a short Q&A below.

How did you come up with the idea to develop Social IQ?

“Social IQ was a pivot from our original name Soovox, which was an influence network where users influence brands they buy. The project was ahead of itself, and too complicated for the stage of the industry. As the influence industry started shaping up and the brands’ needs were validated, Social IQ identified an opportunity in matching businesses with their influential fans who could be their brand voice over the social web.”

How has social media changed entrepreneurship in the Arab world?

“Social Media brought down barriers, and made its usage pervasive. That said, not all aspects of Social Media are easily exported. Social Media depends very much on human behavior and is influenced by the local societal attributes. For example, Foursquare is less popular in the MENA region than in the U.S. because of the privacy concerns users have.”

Can you share some advice for people who want to become an entrepreneur in Morocco or the Arab world?

“Education makes societies, and entrepreneurship makes economies. Don’t be afraid to dream big and take up the challenge. But be realistic; it’s not a walk in the park. If it’s not difficult, if it’s not depressing at times, and if you’re not pushed to give up, then you’re probably not doing anything interesting. If it was easy, everybody would have been Steve Jobs by now.”

How will Social IQ continue to evolve?

“We’re doing interesting things- moving in the direction toward mobile and geo relevance, but only the customer can tell us where to go really.”

What will social media engagement be like in the future?