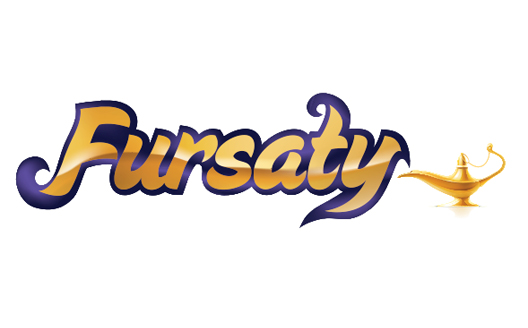 Daily deals in Saudi Arabia aren’t like daily deals elsewhere. Where else would you buy a Bentley online at 32% off?

“Months later after that deal, people were still calling us asking if we had any other Bentleys at a discount,” says Alper Celen, founder of Fursaty, the biggest daily deals site based in Saudi Arabia.

“Who are we to market Bentley?” muses Celen, a Turkish-American who now lives between Riyadh and Dubai. Yet if the global success of daily deals have proven anything over the past couple of years, it’s that everyone loves a discount, even Saudi shoppers, who spent over $520 million online in 2010.

To serve the Saudi market, Fursaty, which launched in April 2012, offers bigger ticket items in its “Super Deals” section. Its beckoning sportscars and ornate design flourishes are expressly tailored for local buyers, says Celen. “Our colors, our brand, and our team are local.” The team is pointedly local as well; aside from his Turkish General Manager Uluç Yuca, everyone else on the team is either native Saudi or born in the country.

What’s more, 50% of the Fursaty team members are women, who work from Fursaty’s gender-divided office in Riyadh, and from home in Jeddah and Dammam. Most are fresh out of college and have taken to Fursaty’s fast-paced sales culture, says Celen.

“I find women to be harder working,” says Celen. They manage to close deals that men simply cannot. “If you're doing deals for women, men cannot go into a manicure parlor.”

In the Middle East, as in many emerging markets, the daily deals model has suffered some backlash after its initial boom. One of the last markets to witness a slew of daily deal closures, the Middle East saw early success story GoNabit close last year, less than a year after its acquisition by LivingSocial.

While rival Cobone is still the biggest daily deals site in the region, Fursaty, which was built by consulting and investment firm CommitNetwork, is working to gain on its competitor by launching a series of partnerships with telecom companies and banks to distribute its deals.

Fursaty has also just inked a deal with Saudi Telecom Company (STC) to power the telecom company’s first daily deals site, stc-deals.com. Rather than spend extensively on advertising to power customer acquisition, Fursaty intends to scale its partnership model throughout Saudi Arabia and the GCC, excluding the UAE, says Celen.

With another deal with Saudi Post in the works, to build out an e-mall, Fursaty is betting that a partnership model will enable it to thrive in a market known for its love of cash on delivery.

While cash on delivery (COD) can lead to unpaid, uncollected coupons, reducing a site’s effectiveness and overall margin, as it it’s often essential for online retailers in the Saudi market, as it’s requested in up to 70% of orders.

“Payments remain our biggest challenge,” says Celen. “We still get comments from end users attempting to pay in cash at our office in Riyadh.”

While Fursaty currently offers payment via PayPal and CashU, its team is also working on a new solution for direct integration with online bank accounts, hoping to exhaust other options before turning on COD.

For parent company CommitNetwork, the model is one that it hopes to scale as it localizes other e-commerce models such as online food ordering, which Yemeksepeti pioneered in Turkey. It might be hard (or foolish) for a Turkish entrepreneur to look at that company’s recent $44 million in funding from Atlantic General and not reach to replicate its model in the Arab world’s biggest market; CommitNetwork will soon launch Aklaty to do exactly that.

As the Middle East e-commerce sector continues to grow, B2B models and partnerships with telecoms are proving good models for monetizing in a market where depending on consumers alone can make for a slower road to profitability.

And as telecoms become increasingly interested in differentiating themselves, it’s now a regional race to see who can nab partnerships first and test demand.