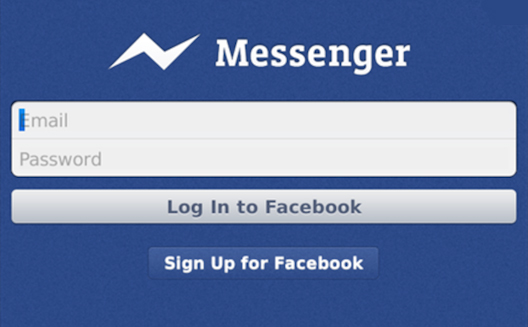 Yesterday, Facebook announced a partnership with telecom operators in Saudi Arabia, Bahrain, and Egypt, to offer discounted access to its Messenger mobile application, which enables VOIP in other markets.

The promotion will launch with STC in Saudi Arabia, Viva in Bahrain, and Etisalat in Egypt, as well as 15 other operators in 11 other countries, to offer free or discounted data bundles for Messenger on Android and iOS and Facebook for Every Phone, in coming months.

While the press release focuses on the chat elements of Facebook Messenger, the implications of the deal reach beyond written messaging. Currently, a voice message function makes it possible for users to send recorded audio clips, helping the app to compete with Whatsapp, which is wildly popular in the region.

If Facebook Messenger enables voice or video chat options, as it has in the U.S., it may also quickly become a good alternative to Viber or Skype, which is blocked in several countries in the Arab world.

It's unlikely that governments currently blocking VOIP will allow voice and video chat functions on Facebook Messenger to escape restriction, but blocks are bypassed easily enough, and it doesn't look like Facebook will allow users to dial phone numbers directly, which would cannabalize telecom revenue.

However, telecom companies in the Middle East likely aren't banking on voice revenues in the long term. A 2011 survey revealed that mobile operators in Europe, Africa, and the Middle East estimated that voice revenues would decline 21%, on average, by 2014, as users increasingly turn to a slew of VOIP products; including Nymgo, which was founded by a Lebanese entrepreneur.

Neither the hypothesis nor the data are especially strong here, but the point is made: these days, it's all about the data package.

As telecoms work to stay ahead of the curve by getting users hooked on data bundles, it's a win-win for Middle East startups like Anghami and Istikana, and now Facebook.

What do you think: can Facebook Messenger take on Whatsapp?