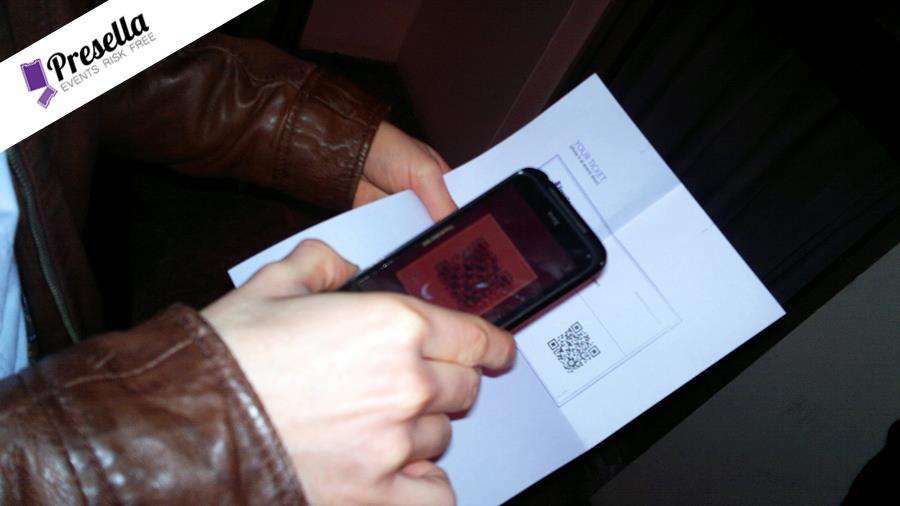 Watching people entering the We Were Evergreen concert in Beirut a few weeks ago was certainly a show. People were excited to show their ticket. For the first time in Lebanon, concert-goers only needed a QR code, either printed or shown on their smartphone, to enter. Most of them didn’t have to go to Virgin to retrieve their ticket; they simply bought their ticket online on Presella.com.

As if developing online ticketing service in the Arab world wasn’t enough, Presella has launched the first platform in the Middle East that combines e-ticketing services with the opportunity to crowdfund your event.

The idea behind Presella came from Karim Muhtar's frustration when working as an amateur musician and bass player in local bands in Beirut; he couldn't seem to find a suitable event platform that would make a small gigs possible. Once he applied to the accelerator program, he met Ali Koubeissi, Louay ElKadri, and Walid Singer, who all decided to build Presella. Muhtar since quit to pursue other projects.

When it comes to launching a crowdfunding channel for events, Presella essentially offers e-ticketing for events that are "unconfirmed;" promoters or bands who don’t have the necessary funds to put together a show or are not sure if they will gather enough attendees can offer an event on Presella that will be confirmed only if a certain number of tickets sell. As with any other crowdfunding platform, clients will only be charged only if the show is confirmed.

For those who don’t want or need to create an unconfirmed event, Presella offers fully confirmed (i.e. standard) events, with a twist: promoters can offer perks and discounts on early bird tickets, such as free drinks, albums, tshirts, or extra tickets. Not only does this entice people to book early, but it also creates added value for the artist; happy clients might share Instagrams showing their merchandise or tweet about their free drink.

The idea is to create a win-win situation, that is easier and safer for the promoters and easier and cheaper for the clients than most current methods. Today, clients can pay with cash on delivery, credit card, or at Presella's outlet in Hamra. Presella has been rolling out the ability to pay with credit card on their Bank Audi payment getaway a few weeks ago, and the team said they saw an immediate boom in sales.

When I tried to buy my ticket for the Guns N' Roses show (to which they managed to have the online exclusivity!), I was surprised by how simple and user-friendly the service was.

I was also impressed by the way they handles the payment... until my credit card was refused. (I did use the online payment gateway only two weeks after it was launched.) The team was been very responsive, working to fix the issue immediately even though it occurred at night. I've heard about a few hiccups with ticket delivery, but Presella says they recently switched to Aramex to fix this issue as well.

In any case, good customer service goes a long way towards making up for the incidents that occur at many startups.

Focusing on the customer

The GN'R show was the 5th event organized by Presella. As usual, the team was there to greet customers and grant feedback; it was clear that they've chosen a user-focused strategy. After unveiling a simple website in December, they've gradually rolled out new features depending upon user feedback. Also handling cash-on-delivery orders themselves has allowed them to develop a relationship with their clients in person.

Interestingly, they are not conducting a marketing campaign, believing that word of mouth will suffice to get Presella known. Co-founder Walid Singer claims, “If the people get to see it, they’re going to get hooked.”

A need to scale

Presella’s revenue model is simple. Every time an event is confirmed, the startup takes a 2.5% commission plus US $0.99 per ticket sold.  To be profitable, though, they will have to scale.

To do so, they are already planning to target the rest of the Arab world Europe, and are actively hiring sales representatives in France, Qatar and Dubai as well as others. Clearly, the service has the potential to seduce people from all over the world; the platform has already had events submitted from Germany and Nepal!

Still, they should remain focused. As far as I know, three similar services have been launched in the US and Brazil, and they haven't seem to get much traction. At the time of the article, GigFunder, Picatic and Queremos only had one on-going event each. But their models are quite different as they only offer crowdfunded events. Will Presella's concept and execution set them apart?

In the meantime, the startup is planning to get more social and mobile. “We want to create an whole environment around the eticketing experience,” explains Walid Singer. An app is coming soon.