For those entrepreneurs curious about what's going on in other ecosystems, the French startup scene has a lot to offer.

Pearltrees is a free online and mobile collaborative library with a futuristic look that allows anyone to bookmark their websites, images, notes, etc., and organize them into "trees". You can either share your pearltress with the world or keep them private with the new premium model. I personally use Pearltrees to bookmark the articles I might want to re-read and the startups I find interesting, and to share articles.

The service has now more than 2 million users throughout the world.

Over the past few years, collaborative economy services have been popping up across France. It’s starting to feel like there’s a website to crowdfund any project and share anything: from your washing machine, to your car, house, or even the parking spot you just vacated.

La Ruche qui dit Oui is about getting people closer to local farmers. A "beehive" is a reunion of neighbors that order fresh produce directly from local farmers, bypassing the traditional grocery store. Anyone can start a hive.

The "beekeeper", or leader of the neighborhood, will contact local producers, propose a monthly selection of their products to the other members of the "hive" and, if a preset minimum of orders is reached, a "reunion" is then organized in a friendly place (a garden, a house, a bar, etc.) to pick up the products. This service, on top of creating new social interactions, empowers both local farmers and consumers. Farmers are free to set their prices, customers know who they buy their products from, and both save money as the margin goes from the usual 40% produce markup at a grocery store to 15.8%, which is split equally between the beekeeper and La Ruche qui dit Oui.

La Ruche qui dit Oui has raised €1.5M in October 2012 and is seen as an exemple of French's innovation in terms of collaborative economy.

Leetchi allows users to easily collect and organize money for group payments for birthday gifts, farewell presents, weekends away with friends, or even office lunches. The money can be used by one of the gift organizers to either buy a present or give money to the recipient. In just 2 years, the service has gathered over 300,000 users.

Leetchi monetizes by collecting a 4% fee on any transaction.

This service has been all over the news lately with various announcments including the launch of MangoPlay, a payment solution for marketplaces in Europe, and a mobile app.

Appgratis: the app for apps

Until early March, Appgratis was the success everyone was talking about. This iPhone app, which recommends other apps, was boasting 10 million users across the world (mostly from the U.S., Europe, Japan and South America) and had just raised 13.5M$ to continue its international expansion, until Apple pulled it from the App Store.

As we explained in a previous article, Arab entrepreneurs can still learn from its success and misadventure, or get inspired to launch a similar service, less dependant on one big company like Apple, or somehow find a way to work within the Applestores' guidelines.

Sketchfab is a free web service that enables users to publish interactive 3D content online in real-time without a plugin. Once a user uploads their 3D file onto the website, they can tweak it from the Sketchfab platform.

All the 3D creations are on display in the Sketchfab gallery, unless the users opt for a premium account. The service has been praised in the international press and has just been accepted to the American incubator Techstars New York.

Nitrogram, created by young entrepreneurs Gabriel Hubert and Stanislas Polu, who went back to France after spending time in the U.S., is an Instagram analytics platform for online marketers, offering CRM, web & Facebook widgets and photo contests. They recently received $1 million in seedfunding, and offer a basic free service and a paid version offering more features and in-depth analysis.

JoliDrive: your personal space in the cloud 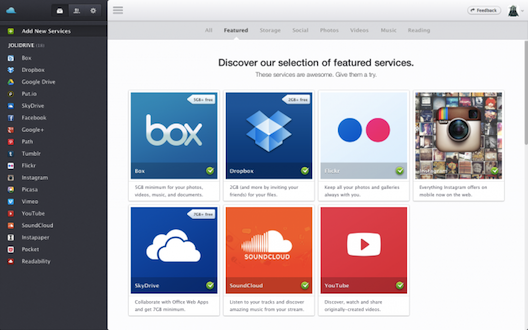 2 months ago, JoliCloud rebranded its cloud platform as JoliDrive to reinforce its new position as a centralizing cloud service. JoliDrive’s users can access, browse, play and edit their feed and content from Google Drive, Skydrive, Dropbox and Box, but also from Flickr, Instagram, YouTube etc, from a single location.

Recently, JoliDrive has received international press coverage regarding its rebranding, but also about its move to an html5 platform, and its announcement that big names such as Evernote, Scribd, Slideshare, Dailymotion, Deezer, ex.fm radio, Spotify were to join the platform. 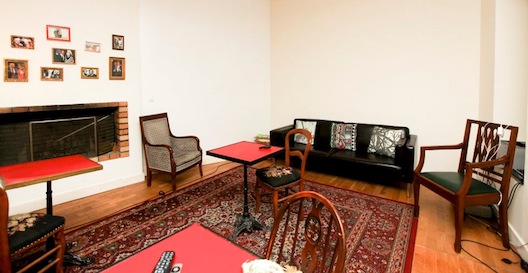 TheFamily is a brand-new accelerator that has received lots of press lately as it launched a completly new model of accelerator that is not without reminding us of a salon. Instead of offering 3 month incubation in a shared office, Alice Zagury, former La Cantine  (a famous French accelerator) exec and her team will mentor selected startups 3 times a week in a Parisian appartment without any time limitation. Entrepreneurs can join and leave the program anytime.

The first weekly meeting is a one-on-one with a member of TheFamily team, the second a dinner with an established entrepreneur, and the third  a day of workshop. There's no admission fee  to enter the program, nor investment in the accelerated startups, but TheFamily will take 1% of equity from the accelerated companies, a rather low entrance fee compared to other programs. "We want to accelerate champions, 1% of the "next Google" is good enough," says Zagury.

The model has yet to prove its efficiency, but it could offer an alternative model to traditional accelerators to help young entrepreneurs who need more than 3 months of mentoring, or for entrepreneurs who want to keep control of their startup, and save money.