Winning a major competition can definitely mean a lot for your startup. But equally as important is where you take your startup after. Just last year, Hind Hobeika was the big winner at the MITEF Arab Business Plan Competition with Instaheat. Where will this year's winners be in 2014? 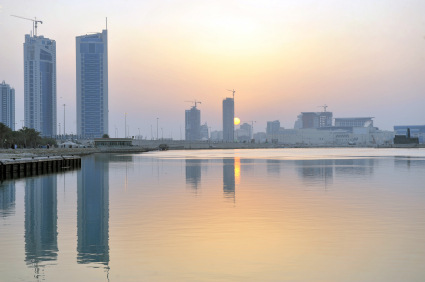 It's almost time for us to head to Bahrain! If you're in Manama or the Eastern Province of Saudi Arabia, make sure you join us on Saturday, May 11th for a day of mentoring, and networking. More info here.

The region's consumers have 22 million smartphones, with Android, iOS, BlackBerry, and Windows all in the race. Who's more popular in the Arab world? Find out in this post.

This May, we'll be taking the Wamda 4 Women Entrepreneur roundtable discussions to four cities. Find out what we'll be chatting about, and where each event will be held in this post.

12 Key Statistics on How Tunisians Use Social Media [Infographic]

Tunisia is the second most-connected country in Africa, with an internet penetration rate of 39.1%. Check out 11 more stats you need to know on how Tunisians use Social Media in this info graphic by UM Digital Tunisie.

Rasha Hussein is one of the Arab world's entrepreneurs to watch. After winning "Most Innovative" in the Udacity HTML 5 Game Development Contest, she's now launching a coding community in Ramallah. Watch this video to see what she has to say about being a woman entrepreneur in Palestine.

Saudi Arabia is one of the only countries that still holds Thursdays and Fridays as the official weekend. Now, one major industrial company is set to change that. What is theiir motivation? Find out in this post.

Last year, the MITEF Arab Business Plan Competition winner was Hind Hobeika with Instabeat, which has recently made headlines for running a successful campaign on IndieGogo. Who were this year's big names and what are their plans for the future? Find out here.

Last week, Algeria witnessed its first Startup Weekend, a 54-hour weekend of intensive pitching and collaboration, this time only for women. Find out who the top 3 teams were and what their plans for the future are.

This week, Lebanon witnessed the first edition of the Social Media Beirut awards, held at the glamorous Phoenicia Hotel. Find out who's who when it comes to Lebanon's Social Media scene, as well as what the highlights of this awesome evening were.

5 Lessons from the Jordanian Story You've Never Heard Of

This company might just be one of the best success stories to come out of Jordan, and yet you've probably never heard of them. Find out what makes Aspire.Jo so good at what they do, and why they've kept a low profile for so long.

Can this startup make recycling as easy as pushing a button? With 9 of their devices already installed at the Abu Dhabi Central Market and more at the New York University in Abu Dhabi, it sure seems like WMS Metal Industries have managed to get things right. Find out more in this post.