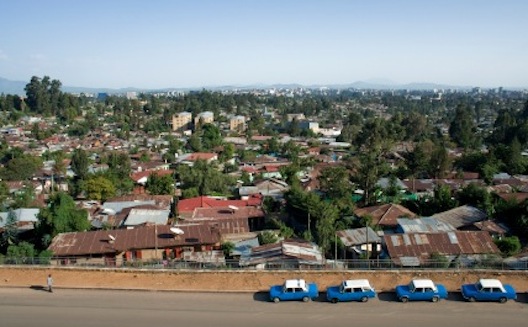 When it comes to entrepreneurship, Ethiopia is riddled with contradiction. A stunningly beautiful, tremendously friendly and fiercely independent country- the only one in Africa never to be fully colonized- its tech startup culture is on the rise, if only the government could stop tripping over itself.

In recent years, the government has taken large steps forward to support entrepreneurship in information and communications technology (ICT), yet it has largely underestimated the challenge of suddenly developing a country with only 1% internet penetration.

Take, for example, the new $250 million technology park the government has decided to build, Ethio ICT. Historically, the country’s GDP has been directly correlated with rainfall, as agriculture still accounts for the majority (46.3%) of the country’s GDP and 80% of its employment.
Yet, despite abysmal internet penetration and mobile penetration below 20%, the government is insisting upon a tech park.

A few years back, the government also decided that 70% of students must study engineering. The country’s growth will depend on it, they reasoned, forgetting that students need jobs when they graduate.

As a quick fix, the leadership then decided that entrepreneurship would solve the problem for these graduates (the government now says 10% of graduates should be entrepreneurs, a friend told me), forgetting that the barriers to entrepreneurship, especially in ICT, remain enormous.

This mismatch of intention and reality isn’t simply an Ethiopian issue, however; other tech parks in Africa have demonstrated a similar lack of coordination with local needs on the ground. One particularly large example is Kenya’s $14 billion 5000-acre Konza Technology City.  “Some feel that Kenya should not be focusing on building a technological city when it had still not fully built a solid skills base,” Tom Jackson writes on Ventures Africa.

Yet the situation in Ethiopia is a bit more extreme than that of most of its neighbors. While Kenya’s startup scene is undoubtedly on the rise, Ethiopia ranks near rock bottom in global competitiveness, according to the World Economic Form’s Global Competitiveness Report 2012-2013. Of 144 countries, it ranks below 130 in a slew of categories, from technological readiness and intensity of competition to availability of financial services and ease of access to loans. Most egregiously, it ranks 142 for individuals using the internet, and 143 for mobile telephone subscriptions.

The path to startup success won’t be easy. Seed investment, whether from banks or investors, is scarce. Opaque bureaucracy is rampant, even humorously so; company names, which are approved by the Ministry of Business, can’t include any adjectives, or, according to one entrepreneur, any words related to “strong.” Companies need several permits, and at least two founders with degrees in ICT.

Censorship is another challenge; the government is the biggest ICT client by a wide margin, using expensive deep packet inspection and web data censoring on par with Iran and China, despite having a fraction of the number of internet users.

Yet there’s lot’s of opportunity in this enormous market of 84 million people. Here’s why:

Foreign direct investment (FDI) from China, India, and Turkey is booming. The capital city, Addis Ababa, is a giant construction site featuring rising skyscrapers and freshly paved multi-lane highways. The economy has been growing at an explosive average of 10% a year since 2004. And with low taxes, the country is becoming a manufacturing hub for east Africa. Phones, cars and now printers are all being made or assembled in Ethiopia; Samsung is to open a factory there this year.

Given its large latent labor force, there is tremendous opportunity for growth in the manufacturing sector.

Yet if entrepreneurship is to catch up- and provide real opportunities for upward mobility- the government will have to change its tune, from adopting a “security-conscious approach to the tech movement,” as one source put it, to building trust with the private sector.

Here are a few aspects it could change to help startups innovating in technology:

In a nutshell, Ethiopia has tremendous potential- there’s a reason investors, developers, and people from all over the world are moving there. It might take some time, but the more that startup advocates and organizations push to bring Ethiopia’s entrepreneurs and innovators out in the open, the more the government might adjust to give them the boost they need.