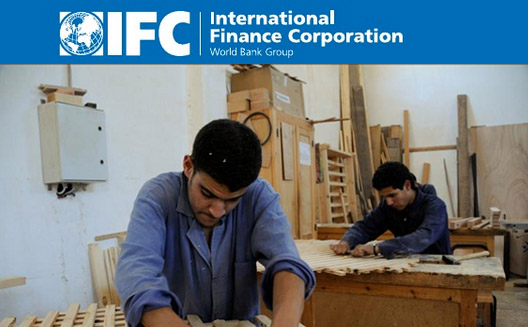 Support for small businesses continues to pour into the Arab world.

Last month, the International Finance Corporation (IFC) announced the development of a private fund designed to support small and medium enterprises (SMEs) in the Middle East and North Africa, seeded with close to US $400 million in assets.

Critically, the new fund will also galvanize local lending to small businesses, signing agreements with a number of local banks to provide an extra amount between US $350 and 400 million in support.

“The fund will allow banks to give more loans to the SME sector and benefit from the human capital capabilities in the region”, said Mouayed Makhlouf the director of IFC in the MENA, when speaking about the importance of the fund to entrepreneurs and startups in the region.

The new investment fund will focus on Egypt, Lebanon, Morocco, Tunis and Jordan, where studies have indicated that SMEs are vital to economic growth; in Egypt, for example, SMEs constitute 70% of the national economy. Scaling businesses will also be crucial for creating new job opportunities in the region, which will need between 80 and 100 million new jobs in the next decade simply to maintain current unemployment rates.

“When startups grow, they become small and medium enterprises, and they will need funding to guarantee sustainability.  However, the rate of companies that have a revenue source or that received a loan in the MENA does not exceed 8%, which is the lowest rate in the world,” added Makhlouf.

This fund is not the only one bringing foreign investments to the startup sector in the region. Lately, the region witnessed the launch of a similar fund in Egypt called the Egyptian-American Enterprise Fund, which will offer startups a total of $US 1 billion through American government support.