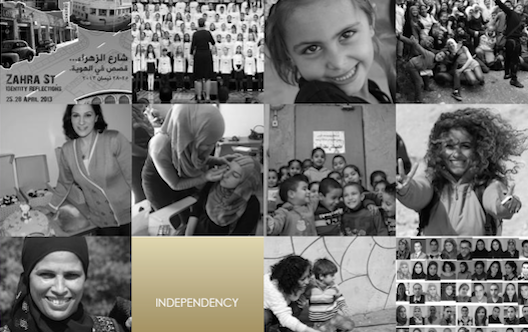 In 1983, four Palestinian businessmen who were living in the Gulf came up with the idea for a support organization for those living in the West Bank and Gaza. Today, that organization, named Welfare Association, has become a major supporter on the startup scene.

Its work is hardly limited to startups and entrepreneurship; the organization is involved in all segments of society, from early childhood education to cultural development and heritage preservation, to food security and emergency humanitarian assistance.

Youth employment is a major focus, however. As one of the primary funders behind Palestine's first startup accelerator, Fast Forward, which is led by Leaders Ogranization, Welfare Association is investing in startup development, in hopes of boosting job creation.

It has also run a business incubator that has graduated 5 high-impact entrepreneurs since 2010, in partnership with the Islamic Univeristy of Gaza and the YMCA in the West Bank. The companies include e-marketing company Tasawaq and Another Half Games in Gaza, and web and mobile app company iPhase Tech in Ramallah.

Through its Youth Employment Services (YES), the organization matches international businesses, especially those run by Palestinians in the Diaspora, with Palestine-based talent that can serve their outsourcing needs. It helps place youth in those jobs, by connecting them with apprenticeships, where YES pays half of the employee's salaries. Thus far, the program has helped companies in Palestine serve Cisco, Volvo, and BLACKBIT.

Here's a look at how things are changing in the Palestinian ecosystem:

Since 2010, YES has supported 1507 people, and supported startups that generate annual income of $1.7 million.

And in fact, says WA's Senior Manager Ghassan Taha, the rest of the numbers have improved since the publication of the infographic. The organization has:

"We are continuing to duplicate these numbers by the end of 2014," says Taha.

Success stories of the entrepreneurs Welfare Association has supported can be found on its Welfare30 page, which was launched in honor of its 30th anniversary.

With their work and the upcoming launch of Gaza Sky Geeks, in partnership between Mercy Corps and Rogue Venture Partners, more and more options are coming online for startups in Palestine.

Stay tuned for more on the companies both programs are supporting.

Click the image below or here for a larger version. 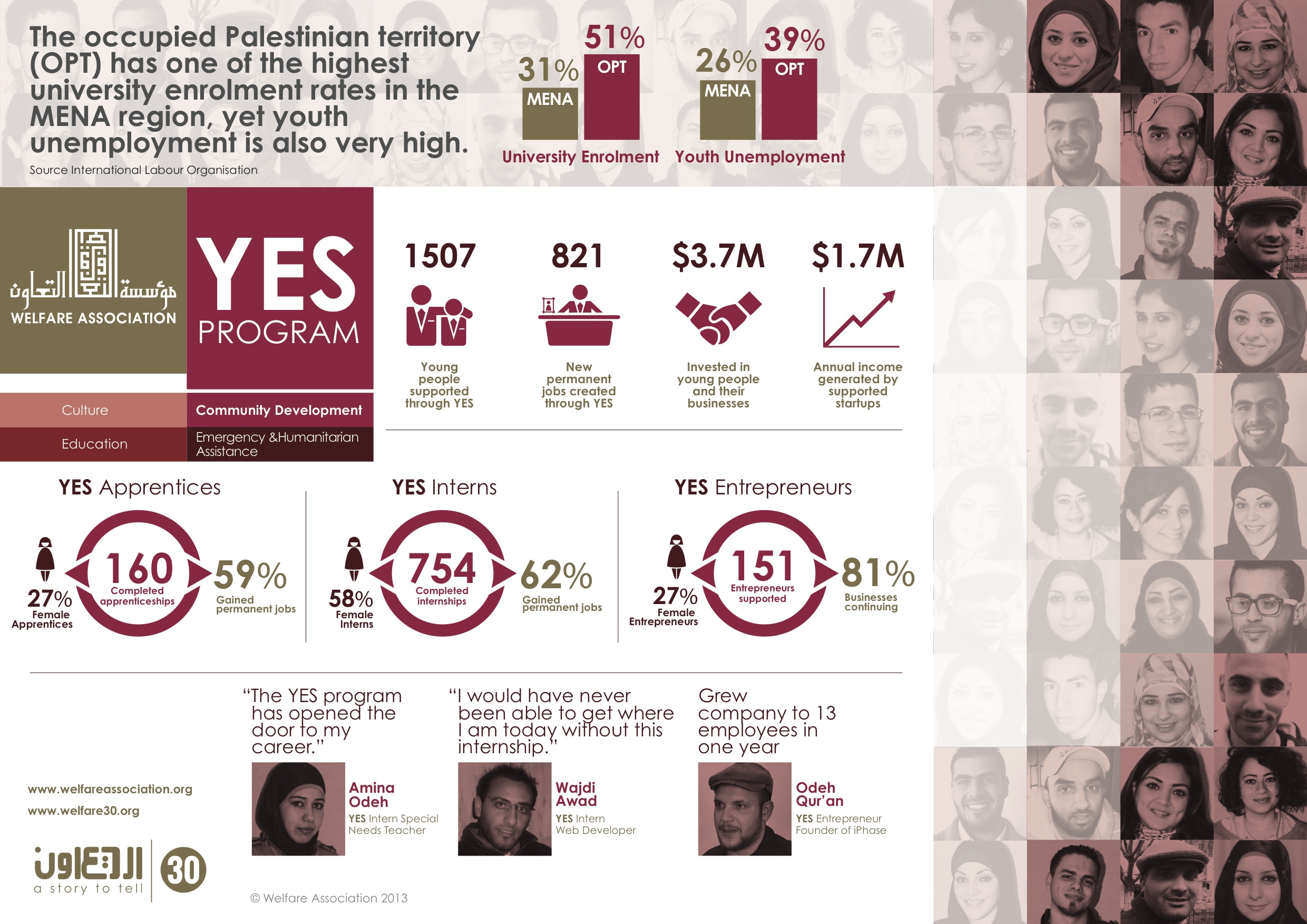