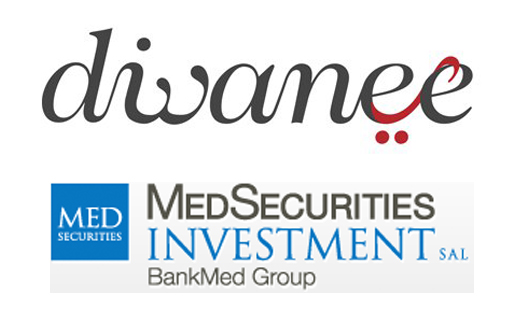 Arabic content for women is quickly becoming a very popular sector in the Middle East. Now, a large investment has validated the sector, coming from a bank subsidiary in Lebanon, no less.

Yesterday, Diwanee, a Lebanon based digital media company that offers content for women, announced US $3.25 million in investment through MedSecurities, a subsidiary of BankMed in Lebanon.

It's an unusual move for MedSecurities, the arm of BankMed that offers brokerage services as well as structured investment products designed for private and corporate investors; the investment vehicle has previously acted as a placement agent in more traditional deals with Al Rifai, a food company, and the owner of Beirut Terraces, a real estate project.

MedSecurities's move to faciitate investment in Diwanee might reveal a new openness to digital ventures, or, as looks more likely, it might be a one-off deal. MedSecurities could not be reached for an official comment at the time of print; however, a phone call revealed a quick off-hand comment from a member peripheral to the deal, who mentioned simply that "it's a one time private placement deal."

However, it has chosen a leader in the space. Diwanee, which means “my gathering place” in Arabic, is a content-e-commerce-social network juggernaut, that is quickly emerging to lead the space for women's content.  It has four platforms in its portfolio, all targeting women: Yasmina.com, for lifestyle, beauty and fashion, 3a2ilati.com for mother and baby, family health, beauty and recipes, Wikeez.Yasmina.com for entertainment, Mooda.com, for e-commerce selling bags, shoes, jewellery and accessories, and Wayyana.Yasmina.com, a social network across Diwanee’s portals.

Cuvillez says that Yasmina and 3a2ilati each have 3 million users per month, which would make them leaders in the market. Its closest competitor, Nawa3em, focuses on similar Arabic content for women, and has gained a substantial following, but only reached 1 million visitors last year, paling in comparison to Diwanee's sites.

Layalina is their other major competitor, launched by the creators of the famous offline magazine of the same name. The online portal, which has risen to garner half a million views within the two months of its launch, brings international news to the Arabic digital scene.

But if we look at Alexa and compare 3a2ilati with Nawa3em and Layalina, the graph shows that Nawa3em and 3a2ilati both are at the same ranking level, whereas Layalina has higher ranking.

Although Layalina's interface is superior to the other two, Diwanee's secret may lie in its localized approach, which the investment will help.

“We already started localizing our platforms for specific countries, building Yasmina.ma for Morocco, and a version dedicated to the UAE coming soom. This fund will help us fully achieve our goal,” says Cuviliez.

All three sites may eventually converge on the same features; Nawa3em, when we last spoke, said that they would consider e-commerce eventually, while Layalina remains a content portal, with a forum where women can post photos, although it's not a fully-fledged social network.