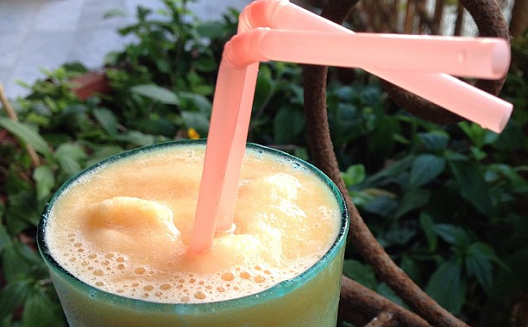 Swaying palm trees, sun-dappled sidewalks, image-conscious ladies who lunch; sometimes, at certain angles, especially during traffic jams, Lebanon and Southern California could be mistaken for one another.

As couture-clad activists, yoga studios, and mojito bars begin to spring up on seemingly every Achrafiyeh corner, Leila Fakih Nashabe and Hana Alireza, founders of the Qi Juice Cleanse, are betting that green juice – the new-age diet phenomenon popular in L.A. (where Alireza’s mother hails from)– will also appeal to Beirut’s high society.

Sitting in their spotless Sioufi kitchen (Qichen, as the cutesy marketing strategy would have it), Nashabe and Alireza don’t come off as the macrobiotic ice queens that one might associate with this kind of aggressive nutrition plan. Friends for almost 15 years, their rapport is easy and inclusive; their strategy, to be seen as supportive friends to the women (and few men) who buy their product, is evident in the daily e-mails sent to their clients full of “funny, light, motivational, and inspirational” messages, with entreaties to call them anytime “just to talk.”

The juicers – as they’re known in the Qi lexicon – will need this kind of personal support. The three-day regimen consists of six 450g bottles of different carefully-prepared cold-pressed juices per day (made from romaine lettuce, beetroot, carrot, cucumber, celery, ginger, etc.), to be drunk at intervals along with lots of water and perhaps some unsweetened green tea… and nothing else. I did the cleanse as part of my research for this story, and as my poor abused colleagues will attest, the liquid diet does very little to improve one’s mood. It’s a serious undertaking for the working woman – but that’s the point.

Nashabe and Alireza are resistant to the idea that the cleanse is a diet, though they do admit that many women approach it as such. Rather, it is meant to appeal to the many people of “our generation who have a little too much on their plate” (perhaps a poorly-chosen metaphor). They want it to be a source of “empowerment,” a “mental commitment” that gives participants a sense of control over the chaos they live in, whether it’s work, kids, or just everyday life.

The idea for the startup didn’t come to Alireza in the crossfire, however, but instead from a sojourn to visit her mother in Orange County, California. She pitched her idea for the company to Nashabe in the aftermath of the birth of Nashabe’s third child, when she was overweight, frazzled, and stir-crazy from staying home and not working. The cleanse – and the company – served as a point of focus for Nashabe in establishing her post-children goals and rhythm.

Getting the company off the ground, however, hasn’t been easy. Beyond the hurdles a similar startup would face anywhere in the world (juice recipes, organic certifications, etc.), the specific challenges of opening a business in Lebanon has proved a major struggle.

The biggest obstacle they’ve faced so far has been Lebanese bureaucracy. Nashabe laments the lack of an established “path for startups to follow in Lebanon,” and shudders along with Alireza at the memory of the weeks of errands they had to run, documents to fill out, repeated visits to ministries in order to get business up and running. They see this bureaucratic scavenger hunt as being the principle challenge to the establishment of a fertile startup culture in Lebanon.

However, the nascent startup scene in Lebanon has provided them with some help. Relatively early on, they secured a crucial interest-free Kafalat loan to help them with kitchen construction, machinery, and equipment. Also, Bader, a local educational and finance mentoring program, actually contacted Qi after their opening in March, helping Nashabe and Alireza develop a long-term financial plan.

Given the quality of the organic produce that goes into the juices (and the attendant cost – a three-day cleanse runs $195), Nashabe and Alireza have decided that their product should be marketed delicately, with an eye towards maintaining its exclusivity.

Since Qi’s March 2013 launch, they have hosted events at expensive gyms and yoga centers in Hamra and Achrafiyeh, and are planning on participating in the Wellness Project, a mind-and-body health fair to be held at AUB in November. Other than these, no advertising or marketing (beyond social media) has been undertaken, or is planned; Qi has sold over 250 cleanses in three months solely by word of mouth promotion.

Looking ahead, a regional franchise is not out of the question for Qi, but they say it’s “way too early to be thinking about that.” For now, they’ll be focusing on developing personal relationships with their clients and fostering repeat customers and referrals.

Looking back on when she first came back to Lebanon, Alireza recalls having to search out organic produce and yoga studios. Now, she says, they’re everywhere. Nashabe and Alireza are hoping that green juice will follow suit.