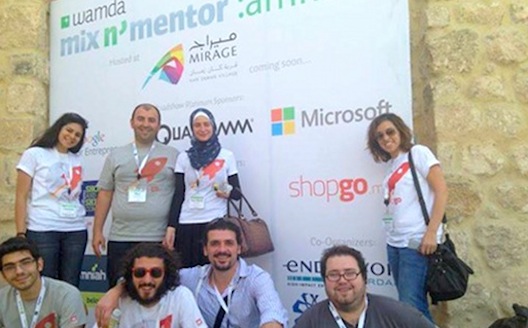 This piece was originally published on the Harvard Business Review Blog on June 25, 2013.

In 2003, after two years in Texas, Moe Ghashim moved back to his hometown of Aleppo, Syria. He was attracted to the country's immense potential and the aspirational drive of its people. Moe started a web design company, servicing his US-based clients with a growing workforce of 12 employees. Soon, he started dreaming of his next venture, a platform that would make setting up an online e-commerce store as easy as starting a Facebook page. It would be an Arab world première. But last year, bombs started hitting his city. Moe had to hastily pack his bags and head to neighboring Jordan.

With neither a network nor funding, Moe set up base in Amman. He turned to a local start-up accelerator for help pursuing his idea. He later received funding from my organization, Wamda, a platform to empower entrepreneurs in the Middle East and North Africa, and built ShopGo.me into one of the leading e-commerce platforms in the Arab world.

Moe's success against all odds — in extreme conditions where cash, human resources, and clients are hard to find, and political stability is often non-existent — that's what I call the "Power of Yalla."

"Yalla" is Arabic slang for "let's move it." It's the power of doing things with an attitude of resilience, fast adaptation, and informed improvisation under volatile conditions. Operating in this environment requires persistence, flexibility, and a deep-rooted desire to change the status quo.

The "Power of Yalla" has always pulsed through the Arab world. For some outsiders, the upheavals that began in Tunisia in 2010 offered their first glimpse of this spirit. Many of the online activists that worked to topple old regimes in Egypt and Tunisia came from entrepreneurial backgrounds. They literally bootstrapped their way through revolutions, using all the tools at their disposal, adapting extremely fast, and persisting in their cause, until dictatorships fell.

A few months after the uprisings, I put an end to 10 years of living in the US and moved back to the Middle East. I was inspired by the amount of energy I felt, and knew it could be channeled into creating jobs and companies that would spur some much-needed economic growth.

I accepted an invitation to become CEO of Wamda, and built with my team a platform to help activate and invest in the entrepreneurship ecosystem. In a region where unemployment rates are amongst the highest for young people, entrepreneurship is a critical outlet — not just to create jobs, but also as a psychological channel for optimism and positive transformation.

In my work, I meet "Moes" everyday — young Arab entrepreneurs demonstrating the "Power of Yalla" in their daily lives by putting together startups and creatively working around roadblocks. In emerging markets like the Middle East, often only the most resilient can stay afloat. And the strong fundamentals of the Arab market make it all the more worthwhile: with 350 million consumers and a youthful population, the Arab world offers a huge opportunity for entrepreneurs attuned to its cultures and aspirations.

Today, the world is going through extreme economic conditions inherited from the financial crisis and rapid geopolitical changes. The recent experiences of Arab entrepreneurs provide some lessons for start-ups in any country:

Adopt informed improvisation: You can't plan everything in advance. Instead, focus on the right tools and surround yourself with the right relationships. Condition yourself to quickly adapt to new or uncertain situations.

Understand culture and politics: It's important to know what you can and can't do. Respect cultural intricacies and make sure you understand the relevant politics very well.

Focus on sustainability: Start-up funding in emerging markets is very scarce. Unlike more developed entrepreneurship ecosystems, start-ups cannot afford to use investors' money without proving a sustainable profitable model. To survive, they need to strive for sustainability very early in the process.

This is what entrepreneurs in a tough market are doing every day and this is what I call the "Power of Yalla." In an upcoming post, I'll examine some of the steps involved in activating entrepreneurship ecosystems in emerging markets.