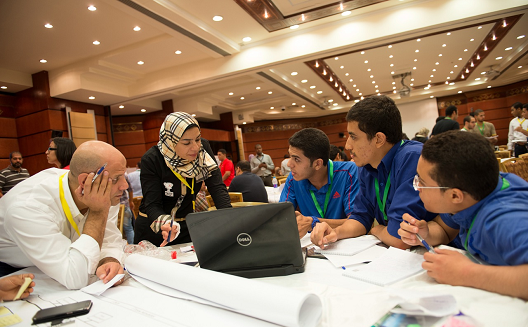 Where can you find a team of 20-year-old Space Studies graduates working on an organic waste processing plant to improve a nation’s sustainability and electricity grid? Or, a philosophy graduate hoping to launch an artificial insemination distribution company to benefit livestock productivity? Or a young entrepreneur creating software to help prevent children from being kidnapped- and locate them if they are?

Despite the current political and social turmoil facing the country, for startups in Cairo, Egypt, innovation must go on.

As many readers know, in the two years since Egypt’s revolution, what was not possible before, or even imaginable, is now becoming the norm for Egyptian youth. Many barriers for entrepreneurs- from physical and social - have broken down. The revolution in 2011 changed not just politics, but completely “shifted the mindset of Egyptian youth,” claims Con O’Donnell, a successful serial entrepreneur and Regional Entrepreneurship Advisor for Mercy Corps Egypt.

While this week’s headlines may be reeling with the fall of Morsi and the clashes that have ensued, still, many youth remain away from the crowds and masses and inside tiny offices and university classrooms, pouring over business plans and pitches.

Nowhere was this more apparent than at last month’s Cairo StartUp Cup - as all these ideas and players packed a conference hall in Cairo’s Ministry of Investment building.  Over the weekend, 58 selected teams of entrepreneurs pitched, as dozens of experienced mentors, industry experts, and judges pinballed across the room offering feedback and shaping business plans. 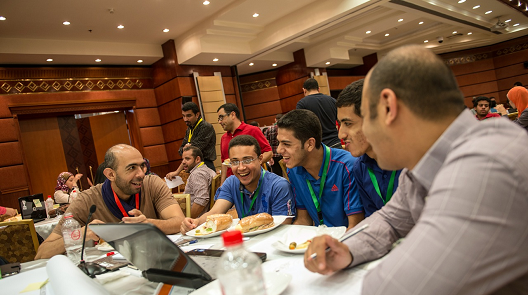 By the end of the weekend, 25 semi-finalists were selected to compete over the next six months, validating their business models and ideas in the hopes of winning a host of prizes- from free working spaces and slots in new incubators, to cash prizes upwards of $5,000.

Kicking off the event, Egypt’s previous Minister of Investment Yehia Hamed touched on the success of Egypt’s entrepreneurs, and their importance to the economy.  “It is projects and startups like yours that saved Egypt’s economy last year, when growth rates were very low,” he said. “That is why we are planning to increase the Ministry’s venture capital for small and emerging businesses.”

Sean Griffith, Founder of StartUp Cup, says that Egypt has some of the most driven, most motivated entrepreneurs they’ve seen.

“Out of 40 Startup Cups around the world, Cairo is the most successful. It has built a community, helped bring together a whole ecosystem, supporting a new class of aspiring entrepreneurs,” he says.

While there is tremendous growth in the tech space, one of the main purposes of the StartUp Cup, according to Griffith, is “to show that there are other entrepreneurs in industries outside of tech.”

This is the second Cairo StartUp Cup, and it is certainly riding on the success of last year’s event. The large majority of companies from the 2012 competition are still running, and two of the previous winners - 4R and Golden Waste, both of which are recycling-based businesses - are closing funding rounds upwards of US $1 million, says Griffith.

For the 25 selected semi-finalists, who work on crafting their ideas and business plans over the next six months, their future may hang in the balance of upcoming events. The Startup page has now announced: "Due to Egypt current state & events we are afraid to announce that All Cairo Start Up Activities are put on hold till further notice."

The entrepreneurship community will be watching to see if funding is suspended or approved, as several new initiatives designed to support entrepreneurs will likely depend upon decisions about Egypt's transitional government.