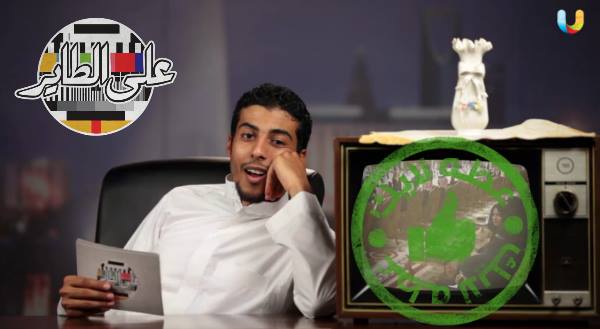 Comedy ventures have been at the forefront of the rapidly evolving entertainment industry in Saudi Arabia. Within the past few years, stand-up comedy went from being an esoteric affair organized by local, often unknown, comedians, to a lucrative and socially-responsible industry populated by accomplished production houses such as Telfaz11 and Uturn Entertainment. With monthly views that number in the millions and annual subscribers that number in the thousands, comedy has truly taken Saudi by storm, both commercially and socially.

Our ultra-conservative, oil-rich kingdom is home to one of the youngest demographics in the region. More than 70% of the over 18 million Saudi nationals are under the age of 30, and over 30% are under the age of 14. This young population could either become a blessing or a curse for the Saudi economy. with proper training and employment opportunities, Saudi youth could lead the kingdom to unprecedented economic growth and prosperity; or with underwhelming educational opportunities and staggering unemployment rates, it could lead the country into chaos; today, free time poses a real challenge for the Saudi youth.

Movie theatres are banned, yet youth have the option to cruise gargantuan malls, participate in (limited) local sports events, or watch banal television channels with imported content. This environment has provided Saudi comedians and entertainers with a prime opportunity for disrupting the country’s entertainment ecosystem.

In addition, the high level of technological adoption, in both content production and consumption in Saudi, allows these comedians to reach record numbers of viewers virtually overnight. At 60%, the smartphone penetration rate in Saudi is one of the highest in the region; with 24 million smartphone devices, there are more smartphones than citizens.

Using off-the-shelf DSLR cameras and video streaming websites such as YouTube, pioneering Saudi comedians have been able to construct reliable and wide-reaching content networks; it doesn’t hurt that Saudi Arabia leads the world when it comes to YouTube views per capita, accounting for 190 million YouTube views per day, or 6 views per citizen each day, a significant feat considering that the localized version of YouTube didn’t launch in Saudi Arabia until 2011. What are most YouTube viewers watching? Comedy shows.

Saudi comedians have also capitalized on the social media fluency of Saudi youth. Saudi Arabia is one of the largest markets for Twitter and Facebook in the region, respectively boasting 3 million and 6 million active users, and, in 2012, was the fastest growing market for Twitter in the world, with usage expanding at 10 times the global rate (this year, it’s ranked second). This fact allows these Saudi production houses to market their products effortlessly, at virtually no cost, with extreme efficiency.

The timing of this Saudi web entertainment revolution could not have been better; as the decline of the “golden age of television” continues, on-demand internet media companies have been struggling to create content that is not only instant, but television quality.

New models for the creation of on-demand are emerging globally; last year, Netflix boldly invested $100 million to produce the critically acclaimed show, House of Cards, and Google invested more than $200 million to expand YouTube’s original channels project to more than 160 original-content channels. These numbers may seem large at first, but they’re easily justifiable; Netflix has already made its investment back, and, as cable subscriptions are on the decline, having peaked at nearly 101 million in 2011 and is projected to fall to less than 95 million by 2017.

In Saudi, it seems that the Saudi-based Telfaz11 and Uturn Entertainment did just that.

The most impressive aspect of the success of the Saudi web entertainment ventures is how stable their high viewership is. Most of the productions are in the form of ongoing short series, with each episode ranging in length between 4-15 minutes. And although the viewership varies between shows, the total channel views remain stably high. UTurn Entertainment, for example averages 20-30 million page views a month.

Indeed these production houses have used the stable views from their flagship comedy shows such as La Yekthar, Eysh Elly and 3al6ayer (Ala Tayer) to expand their programming line to cater to some audience groups specifically, such as the female-targeted Nooniswa, a comic cultural show targeted at Saudi women, and even beyond comedy into different categories of entertainment such as Uturn’s drama series, Takki, and the various superb documentaries produced by Telfaz11.

Some have even gone beyond laughs to target the hottest and most controversial topics in the Kingdom. In one of its latest episodes, La Yelther tackled the issue of worker abuse, taking  a look at the experience of South Asian low-wage workers in the country. 3la6ayer (Ala Tayer) took on an even more controversial topic in one of its recent episodes: the destruction of the historic Islamic sites in Mecca. The Jeddah-based show tackled many of the controversial issues in Mecca head on, addressing everything from civilian injuries during construction projects, to the excessive commercialization of the area surrounding the grand mosque. It is said that comedy is the cornerstone to human progress because it is one of least threatening way to convey controversial ideologies or points of view, and this could not have been more true than with the case of the recent Saudi comedy shows on the web.

The development of online Saudi entertainment has been rapid and remarkable. Within the past 3-4 years we’ve witnessed the quick evolution from standup comedy shows, to established social-commentary comedy shows, and finally the birth of superb production houses that continue to grow in both size and viewership. Will the future take these companies beyond the Saudi border or perhaps outside the computer screen? Only time will tell, but the future looks bright.

Note: look for more on the Saudi content boom in an upcoming video on Wamda.