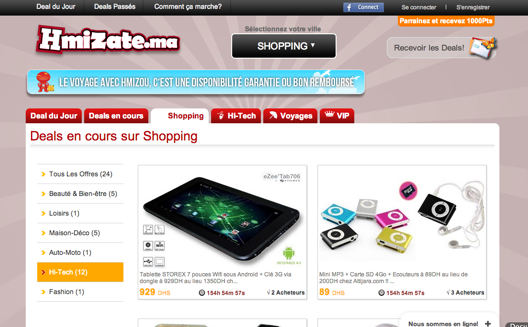 There’s a saying that finding an investor is like finding a spouse; as a startup, you’re looking for a long term partner, that will bring not only capital but also expertise and mentoring. Ideally, the managing team and the investor should be on the same page while at the same time complementing each other's styles.

Just as you often don’t find your spouse on a dating site or by hitting on a stranger in the street, you might not find your ideal investor by sending an email. Most of the time, your investment partner is a friend with whom your relationship evolves, or someone you talked to at a party. Basically, it’s someone with whom you connected.

Being prepared for serendipity

When Kamal Reggad, the founder of Moroccan daily deals site Hmizate.ma, first got on a plane to head to Amman for Wamda's CoE E-Commerce event last year, he had never contacted an investor, either at an event or over email. At the time, he wasn’t even looking for capital.

Once he got settled on his plane coming from Istanbul, his next-seat neighbor became intrgued by the book he was reading- Steve Job's biography. Despite the early hour- it was 3am – they end up talking about e-commerce, the Moroccan market and Hmizate.ma. By the end of their flight, Reggad discovered that his neighbour was actually Pamir Gelenbe, Partner at Hummingbird Ventures. Impressed by how Hmizata.ma was self-funded and only a month from being profitable, Gelenbe asked to resume their discussion more formally, which lead to Hmizate securing US $1.6 million in investment last month.

Of course, his encounter may have been lucky, but luck isn't what secured Reggad the investment. He was prepared. Here are 10 of his tips on how he built the Moroccan daily deals site into a profitable company.

Focus on the product

Gelenbe didn’t know the Moroccan market at all, but he had heard of Hmizate.ma; to him, this was a sign the startup was doing a good job.