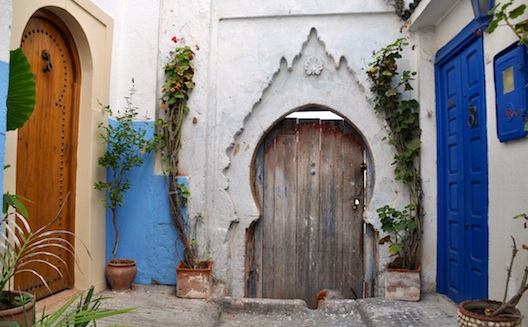 Maroc Numeric Fund (MNF), the country's only major institutional early stage tech investment vehicle, has stopped investing in early stage startups altogether. At the same time, the Centre Marocain de l'Innovation (CMI) is stepping into its place, by launching a new call for projects for early and growth stage startups, respectively: Intilak and Tatwir. What does this mean for Moroccan tech startups?

A complete shift of direction within MNF

Maroc Numeric Fund (MNF) used to be the only Venture Capitalist fund (VC) investing in innovative promising early stage tech startups in Morocco. Created in 2010 as a private/public initiative under the government's Maroc Numeric 2013 program, it was designed to foster the New Information Technology (NIT) sector by funding innovative products or high-growth services.

With 100 million MAD (US $12 million) under management, only 20% of which came from the government, the fund was lauded for its efficient, private sector mindset; by May 2012, it had quickly invested in 7 early stage startups including well-known companies Netpeas, Greendizer, Soukaffaires.ma and MyDeal.ma. (Other fund partners included the Casablanca Technopark, the BMCE, the Banque Populaire, Attijariwafabank and CDG Développement).

Now, MNF has pivoted to only invest in growing stage startups, increasing its ticket size from 1 to 4 million MAD (US $100,000 to $500,000) to 4 to 8 million MAD (US $500,000 to 1 million). That's not the only change; Ali Bassit, the friendly former CEO of MITC Capital, MNF's managing company, has been replaced with Dounia Boumehdi, who refused to speak to us on the phone.

Over email, Boumehdi downplayed the transition, noting her satisfation with MNF's current portfolio: “Almost two-thirds of the companies we’ve invested in are still deploying their development strategy and meeting their objectives. The others are going through a second fundraising round to enable them to meet those initial objectives.”

Then why stop investing in early stage?

Other players are entering the space, she says. “The launch of new funding tools by the Centre Marocain d’Innovation or the Réseau Maroc Entreprendre (Morocco Entrepreneurship Network)” are more fit for small tickets than the MNF, she explains.

And general hearsay says that the reasons behind MNF’s change of strategy might be that they were disappointed with the return on investment on those first investments. Is that because the market is too young and not structured enough? Because of internal issues at the startups? Or because the approach was short-sighted or failed to properly mentor these startups?

Boumehdi almost acknowledged this last hypothesis, admitting, “During those three years, we came to note that young companies need more mentoring, on all levels, to meet their objectives.”

Until now, the investment fund only stepped up to help its startups get appointments with major stakeholders and to organize monthly reunions to help with legal, administrative and financial aspects.

The MNF is now taking what could be a called a less risky approach, focusing on investing in innovative startups that have already been through programs created by the Centre Marocain de l’Innovation, the Réseau Maroc Entreprendre, or any other seed funding vehicle, looking to target companies' regional expansion. This April, it invested in Epicerie.ma, a 5 years-old online grocery store.

MITC Capital, the managing company for MNF, is now looking to raise funds among locals or international institutions.

MNF' shift towards bigger ticket sizes could be taken as a reflection of a growing trend in the region; this year we've seen Lebanon's MEVP shift towards the $1 million range  as has Palestine's Sadara Ventures, while Dubai-based investment firms BECO Capital and Y+ Ventures recently admitted that they were shifting towards Series A rounds.

However, in Morocco, most of the startups we met at Mix N' Mentor were still in dire need of early stage investment. It may be valid that the companies MNF invested in are having difficulty finding follow-on rounds, but this doesn't mean that shutting down the primary early stage fund in Morocco will boost the ecosystem.

Can the Centre Marocain de l’Innovation realistically replace the MNF?

The Centre Marocain de l'Innovation is a private initiative created by the government in 2011 as part of its Maroc Innovation Plan, which aims to promote and develop innovation in Morocco. With 380 million MAD (US $45 million) under management, the initiative is managed by MITC, which manages the CasablancaTechnopark, and is the mother company of MITC Capital, which also funds Maroc Numeric Fund.

Since 35% of MITC is owned by the Minister of Industry, Commerce and New Technologies (MICNT), CMI is also a semi-public program, but its fund- the “Fonds de Soutien à l'Innovation” (Fund Backing Innovation)- is not an investment fund like MNF but rather, as mentioned, a loan program that offers interest-free loans with no obligations.

CMI is focusing on innovation, despite its 90s-style website and formal language.

CMI, like MNF, has been shy with words, refusing to talk to Wamda on the phone or to name projects they participate in.

Entrepreneurs, on the other hand, have been eager to talk. While they agree it’s a good initiative, they’re highly critical of its execution. The ecosystem is disappointed with CMI's general Fonds de Soutien à l’Innovation program, says a source who prefer not to be name, because it doesn't understand startup needs.

Entrepreneurs are angry at how slow the fund is, from the contract to the payment, especially as the funding is sent in four phases. This alone could kill any startup counting on INTILAK as their core funding source, he explains. Another entrepreneur was unable to pay his employees for months while waiting for funds to arrive.

Startups also blame the fund for its lack of business realism. Entrepreneurs have to commit to spending 60% of the total investment on recruitment, and cannot use it for marketing expenses. It is understandable that the fund is looking to create jobs, but is it really reasonable to force startups to hire at an exaggerated pace, when they likely have other needs? This is the anti-Lean Startup.

On top of that, the CMI doesn’t fund companies directly; they only reimburse expenses. And, of course, getting reimbursed is incredibly time-consuming, explains this entrepreneur.

This source, however, blames the Minister rather than CMI itself. Startups should know better, he also adds: “waiting for the government to fund your startup is a dumb move.”

In the meantime, the Fonds de Soutien à l'Innovation is still looking for early stage projects to fund. While it's received 250 applicants, it has only funded 48, 32 of which are through INTILAK. (Interested startups can apply on CMI’s website before October 7, 2013).

One more possibility for startups with small capital needs is the Réseau Maroc Entreprendre, which also offers interest-free loans ranging from MAD 50,000 to 100,000 (US $6,000 to 10,000), and personalized mentoring, with no milestones.

A silver lining to be found abroad

One final option for early stage startups looking to avoid these headaches is to look for funding outside of Morocco. The Arab world benefits from a growing number of VCs, mentors and business angels. It’s clearly, more than ever, time to take a regional approach.