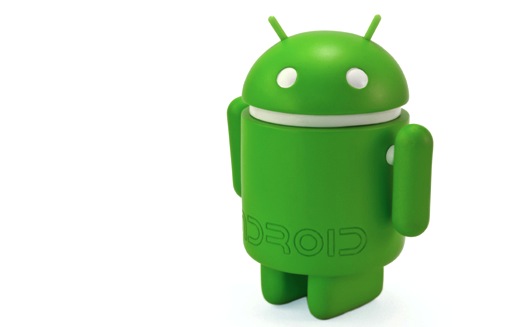 As of Q2 2013, smartphone sales now account for 51.8% of mobile phone sales globally, according to tech research firm Gartner.

Blackberry’s tumble is hardly a surprise, given a myopic product strategy that has left it hunting for a buyer since 2012; will the Canadians now sell to the Chinese?

What Blackberry failed to take into account, of course, is what makes Android so popular: the rise of low-cost smartphones. As a free, open source platform, Android can be used on any smartphone, whether it costs a diamond encrusted $115,000 or $50 on the Indian market.

Apple is also now likely now hustling to build a low-cost model, to take a slice of the pie in emerging markets; the markets that showed the greatest growth in smartphone use over the past year were Asia, Latin America, and Eastern Europe. By 2017, India and Brazil will edge out Japan and the UK to become the third and fourth largest smartphone markets (after China and the U.S.). By then, an estimated 45% of all smartphones will be shipped to China, India, or Brazil.

A look at the Arab world

As BRIC smartphone use skyrockets, the Arab world is also enticing a few players; in a bid to climb the ranks as a manufacturer, Lenovo now considers the UAE a central target.

It’s not hard to see why; Saudi Arabia and the UAE boast some of the highest smartphone penetration rates in the world at 60% and 62% respectively, according to Google, as of last year (and mobile internet rates in the UAE may reach reach 73%, which is on par with rates in the developed world).

Feature phones might still outsell smartphones in the region, but most youth across the Middle East said they would prefer a smartphone to any other device if they had to chose only one device.

The Levant and North Africa, smartphone penetration rates are growing, estimated to be around 50% in Jordan, 26% in Egypt, and 16% in Morocco (the global average rate is around 51%).

This may go without saying, but as networks improve across the region, more and more users will be coming online for the first time on their mobile phones, especially low-cost Android phones. Smartphone use may overtake feature phone use in the Middle East as soon as 2016.

For entrepreneurs, it might be a good time to:

1) launch a low-cost smartphone reselling business, or manufacture your own low-cost phone, as this enterprising Moroccan entrepreneur did.

2) develop a mobile-focused startup that caters to the masses with a simple solution for a universal problem. Ideally, this solution would involve a transaction; solving a simple daily issue while charging a small fee will allow a startup to easily monetize as it rides the trend.

Why a transactional model? Businesses that take a percentage of each transaction can guarantee revenue, rather than depending upon advertising, which is notoriously cheap in the Arab world.

Now carriers need to follow suit and ensure that users have affordable plans to help bring the next wave of users online. And governments need to create the right regulatory environment to enable telecommunications (we’re looking at you, Algeria).

But, when have entrepreneurs ever waited for slightly better 3G or better data plans to start building?