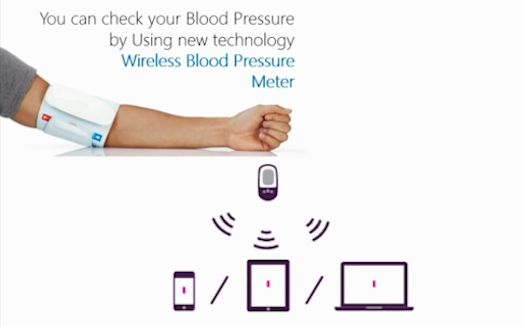 Algerian college student Meriem Chehih wasn’t taught how to code in high school. “Here in Algeria, we don’t study computers in high school,” she explains. But, following her passion for programming, she taught herself how to code by reading online tutorials.

Once she entered university, everything changed, when a female engineering teacher urged the class to get creative. “Why don't you create your own applications?” Chehih recalls her saying. “I felt that she’s right. Then I started learning day and night how to develop my own application.”

Now, Chehih, only 20 years old, has reached the final round of the Harvard Undergraduate Women in Business (HUWIB) Innovation Competition, for a mobile healthcare application that she developed within four months.

“This year in the Harvard Undergraduate Women in Business Competition, an Algerian woman has made it to [the] top 14. She needs your support by a simple vote to be selected,” she posted on our Wamda for Women Facebook group, confessing, “This girl is me,” after other members pledged to support her.

Her platform, E-care, is a website and iOS and iPad application that allows users to track their blood pressure by taking measurements multiple times a day. Designed to be used in coordination with local doctors, the application is built to prevent deaths from what’s known as the “silent killer,” a condition that accounts for over 13% of premature deaths every year.

If Chehih gains enough votes to make the final six (voting is here), she’ll have a chance to head to Boston to pitch E-Care to judges in hopes of winning $10,000 and receiving mentorship from experienced social entrepreneurs at Harvard.

Past winners of the HUWIB Innovation Competition, which "aims to support the innovative vision of college students around the world," include Lauren Braun, a Cornell University graduate who invented a bracelet device to track infant immunizations in underserved communities, and Molly Yang, a Harvard College student who created IdeaMash.com, a social network that connects students with potential collaborators.

Chehih, who attends the University of Boumerdess in northern Algeria, was first inspired to build E-Care by Microsoft’s Imagine Cup, where her fellow countrymen Tahar Zanouda, Amine Aboura, and Amine Bounoughaz won third place in the cloud software challenge last year. Their diabetes platform, Dialife, similarly allows users to track their blood sugar levels over time and coordinate with doctors to maximize their health.

To design E-care, she also looked to her grandmother, who had become sick due to high blood pressure. Chehih began dreaming up an app that would, she says, “wake up my community to measure their blood pressure now, not only when they don't feel well.”

Thus far, she’s been supported by her family, her friends, and her fellow students in the engineering program at the Boumerdess. Although her program is “50% women,” she says that she doesn’t know many female coders outside of the Computer Science department, and she aspires to build a website that will unite “a community of women in the Middle East that can join together and develop their applications.”

Supporting the startup scene in Algeria is something that she wants to do by empowering women. “I believe that many women can do well. If they have this opportunity that I had, I believe that they can do much more than they are doing,” says Chehih.

Winning would mean continuing her dream of building startups. “I don’t just want to be an engineer,” says Chehih. “I want to manage my own projects and build my own startups.”

Changing her community in Algeria- like others looking to support a new culture- is also her goal. “This is to wake people to act now,” she says, “not tomorrow or after tomorrow, but now."

Check out the video below to learn more about E-Care. Those who want to support Meriem can vote for her here on the Harvard Undergraduate Women in Business Innovation Competition page.