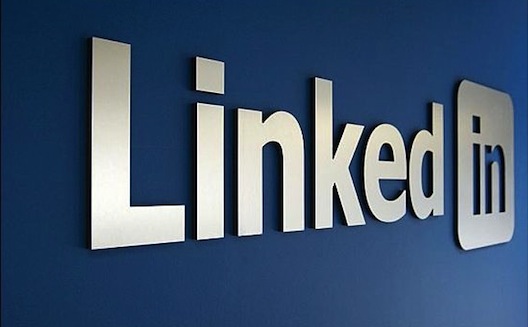 Just before its announcement yesterday that it plans to sell $1.15 billion in stock to raise capital, LinkedIn reached one million users in Saudi Arabia, less than a year after entering the Middle East.

In October of last year, when LinkedIn first opened an office in Dubai, its users across the Arab world totaled 5.8 million, which accounted for 3.8% of LinkedIn’s userbase of 150 million worldwide.

We chatted with Ali Matar, Head of LinkedIn MENA, to get a better sense of how the network is growing in this region.

Its focus on Saudi Arabia couldn’t be more overt. LinkedIn’s press release featured several tidbits about the Saudi market: the top three skills found on Saudi LinkedIn profiles are management, sales and training, while the top three most popular industries are construction, oil & energy and healthcare.

Globally, over 33% of LinkedIn members access the site over mobile, and in Saudi Arabia, where mobile penetration hits 200% and smartphone penetration exceeds that in most of the world, at 60%, “the growing adoption of smart devices in Saudi Arabia has led to an increase in the number of LinkedIn members accessing the platform from mobile devices.”

Matar wouldn’t provide specific numbers, however, but it’s clear that LinkedIn is banking on further mobile growth and hoping a good portion of that will come from Saudi. Its Q2 earnings report noted that mobile use was up 40% globally, after the relaunch of its new app, and that this offered a crucial boost to revenue.

The social network is also banking on major Saudi companies using its talent solutions service. The top three employers among Saudi LinkedIn users were Saudi Aramco, SABIC and Saudi Telecom Company (STC), all of which are client of talent solutions, says Matar, which they use to “acquire talent and advertise their brands,” of course.

In this region, that gap between revenue from talent services and subscriptions is likely to be even greater, as users are generally less likely to pay for online content or services, yet hiring and finding talent is an enormous problem for corporates and startups alike.

LinkedIn is also rolling out its new University Pages feature in the Middle East, which will allow teenagers and high school students to use the platform to explore universities; this could become yet another revenue stream, as universities look to recruit.

As LinkedIn announces that it plans to fuel international expansion with its stock sales (which will price stock at $223 a share, below market price of $238 at time of print), Matar is looking to expand its Dubai office, which currently has 18 employees.

And to motivate the 80% of its userbase who are passive candidates, LinkedIn will also undoubtedly be looking for ways to engage local readers with content. While it hasn’t launched an Arabic interface yet, the social network is “always evaluating new language opportunities across regions and Arabic is certainly one of them,” says Matar. After its acquisition of newsreader app Pulse in April, it will likely look to include local publications in its list at some point, if it's serious about growing in the Arab world.

It will also be expanding its Influencer program in the region, which currently includes Saeed Al Muntafiq, the Chairman at mentoring organization Rise UAE, Saeed Al Barwani, the General Manager of HR & IT at Ducab, a cable manufacturing company in the UAE, and Marc Harrison, the CEO of Cleveland Clinic Abu Dhabi.

Wamda’s Chairman of the Board, Fadi Ghandour, is also an Influencer and will begin publishing on the platform next week.