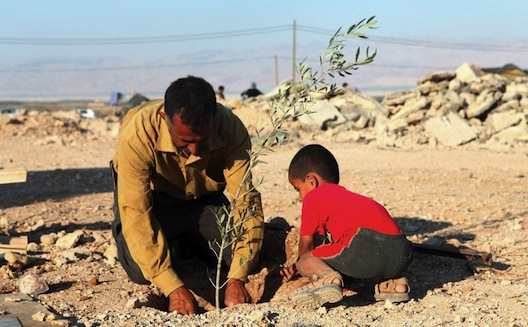 During one of her stints conducting field research in the Palestinian refugee camps in the West Bank and Lebanon in support of her post-graduate education, Lamya Hussain recalls asking a boy in Aida, a camp in Bethlehem, where he thought ketchup came from. “From the dukan,” he replied, using the Arabic word for corner store. When she told him it comes from tomatoes, which are grown in fields, he was utterly confused.

It’s interactions like this one that inspired Hussain to launch Refutrees, a non-profit startup that works to foster sustainable, green development in Palestinian camps in the West Bank.

During months of fieldwork in Lebanon’s most dire refugee camps – Saida’s Ain el-Helweh, Tripoli’s Naher el-Bared, and Beirut’s Burj el-Barajneh – she observed that aid from UNRWA assistance programs (the UN agency that aids Palestinian refugees) and other organizations often offered what she deemed bare-minimum sustenance, rather than train refugees to provide for themselves.

UNRWA’s provision of a bag of rice, a bag of sugar, and a can of oil once a week to each family deemed in need of special assistance is not only not enough for the usually large families in the camps, she says, it doesn’t provide enough to support optimal health and disease prevention. “The UNRWA mandate has continuously been retracted to the most basic of services…. UNRWA [in its over 60 years] has not yet clearly developed a framework of garbage disposal or a basic recycling campaign to address accumulating garbage,” she laments.

In these gaps, however, she and her team see opportunities for entrepreneurship. Now working in the West Bank, Refutrees hopes to end refugee reliance on institutions like UNRWA by training current refugees in the modern techniques of urban agriculture, not only to provide immediate nutrition, but also to educate the community in the longer term and reconnect a young generation to the memory of its ancestral lands.

To do so, Refutrees' mission is three-fold: Roof-top gardens will provide fresh, organic produce and outdoor activity for a largely unemployed population; internships and courses will connect community members to international experts on urban agriculture and recycling; and an Eco-Art Palestine initiative will use recycled material to create safe play spaces for children used to more desolate landscapes. 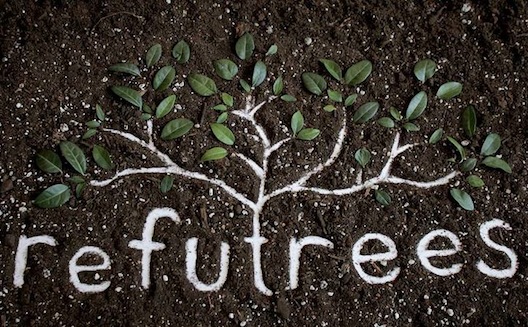 Operating solely on a volunteer basis, Hussain and her team of five have been working steadily to get Refutrees up and running since its inception in September 2012, officially registering their startup in Canada just last June. (Hussain is currently working to register Refutrees in the West Bank).

To fund their operations, they’ve launched a crowdfunding campaign on Indiegogo, which has raised over $10,000 to date. This and an anonymous donation of $5,000 have covered half of the organization's expected program costs, which total $30,000.

While the need for funding is urgent, Hussain says that the team will be able to move forward with its urban agriculture education and recycling projects on a smaller scale even if the goal of $30,000 isn’t met. Some of the crowdfunded capital will be reinvested in further fundraising efforts as well.

Hussain’s and her team’s enthusiasm for their project is infectious, and the good their project could do in underserved Palestinian refugee communities is clear. Now, their limitations are only dictated by funding. The nine remaining days of Refutrees’ crowdfunding campaign will dictate how widely they can begin watering the seeds of change in Palestine.