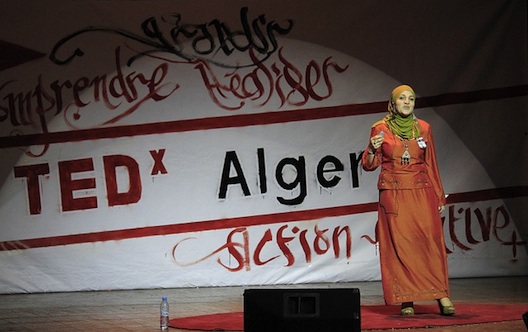 Who has not been moved, inspired or empowered by a TED video? Who has not wanted to take control of his or her life and change something after watching several TED talks?

TEDx talks are conferences that let people share “ideas worth spreading,” in order to empower communities, and stimulate local dialogue. Within the past two years, the number of these conferences has exploded in the Middle East and North Africa; last week, our contributor, Chadi Naana published a list of 4 TEDx Talks from Arab entrepreneurs.

In the Arab world, these conferences are not just simple entertainment or inspiration; they can change the way people think and help them take action and change things.

Or at least, this is what Amira Boutouchent and Neila Zerguini, the two Algerian students and organizers of TEDxAlgers believe in.

From student project to professional venture

Boutouchent and Zerguini met at the Ecole Supérieure d’Informatique (ESI) in Algiers and organized the first Algerian TEDx with their IT club, the ETIC club.

This very first TEDxAlger took place in one of the university’s lecture halls on April 9th, 2011, around the theme “entrepreneurial spirit.” Since the concept was relatively unknown in Algeria, the group of students had to spread the word about the event at their university; they managed to fill the entire 120-seat hall (the quota TED imposes on new organizers) and had to directly broadcast the talks in other halls for another 600 interested students.

Two years later, Boutouchent and Zerguini decided to do it again.

With their experience, they obtained a more flexible license and reserved the National Theatre. On June 15th, the theatre was full; 750 people attended this one day event dedicated to positive action. For the two organizers, this was a logical theme for the second TEDx; after talking about entrepreneurship, they thought Algerians needed to talk about taking action.

This TEDx (click here to watch the videos) was about giving more room to ideas, discussing them and turning them into action, explained Boutouchent and Zerguini. It was not about convincing one individual to create something on his or her own, it was about enhancing the overall level of creativity in Algerian society, to encourage entrepreneurship at the community level.

To foster idea generation, the two students designed the event so that people would meet, mix and speak.

To do so, they first made the event entirely free, so that all can attend, regardless of their background or age. 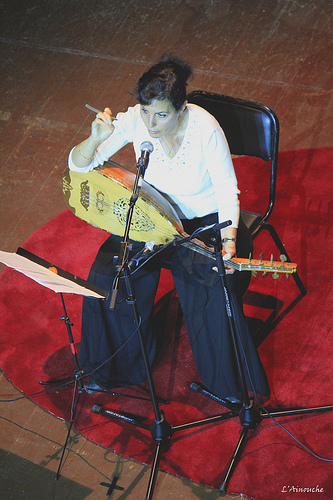 Then, they ensured that speakers reflected Algerian diversity. They invited an architect, a bio nanotechnology researcher, an activist and even a musician to attract participants with different interests and get them to discover talks they wouldn’t have seen by themselves.

Finally, the team wanted to create intergenerational dialogue. That’s why they chose speakers from all ages, with an average age of 36.

For those two students, this was already a big change because Algerian society often values age over qualification. If someone has knowledge to share, they reasoned, shouldn’t he or she be able to speak up even if he or she hasn’t reached an age considered to be mature?

At the end of the day, they say, the event helped Algerian youth take action by gathering them in one place and revealing that they had what it takes to make change.

What few attendees knew is that Boutouchent and Zerguini organized the event from Montreal, where the two friends have been living for a year now, while finishing their studies.

Many Algerians tried to talk them out of throwing a TEDx, saying it wasn’t feasible, but the organizers proved them wrong by adapting their schedule to the Algerian timezone, living at night, sleeping during the day.

Algerians were also puzzled by their decision: why spend so much time organizing an event in a country they don’t even live in anymore?

It was a selfish decision, Zerguini admitted, explaining this helped her to not feel guilty about “abandoning Algeria." Both girls believe that “it’s up to our generation to make things happen in Algeria.” While a growing number of Algerian students are going abroad, Boutouchent says, many will return home.

The two friends want to facilitate that process and inspire youth to make change in Algeria, whether they live there or not.