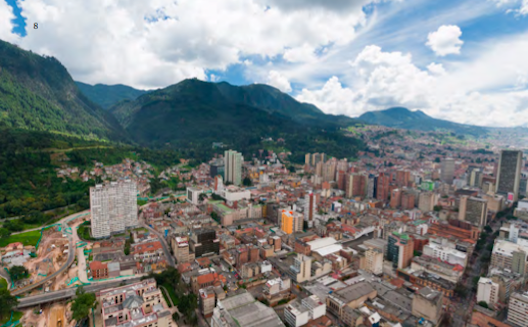 Developing a world-class city often involves creating a healthy entrepreneurial ecosystem. New studies from McKinsey and the National League of Cities both reveal ways in which local leaders aren't waiting for national policies to change, instead taking matters into their own hands to build cities with sustainable models that will promote ongoing growth.

In addition to the well-established role big companies can play in nurturing startups, these studies isolate a few crucial ways that local city leadership can work to grow the local ecosystem, which, in turn, may attract entrepreneurs who improve the wealth, efficiency, and quality of life in the city itself.

These studies lay out specific projects that demonstrate methods for achieving these goals, that could, perhaps, be emulated in the Arab world.

Leaders in Boston and London have undertaken the development of zones – London’s Tech City and Boston’s Innovation District – especially reserved for entrepreneurs and small businesses. To attract businesses (and perhaps to stem the exodus of startups from nearby Boston and MIT to California’s Silicon Valley), Boston leaders launched MassChallenge, the world’s largest startup accelerator and competition, to “connect early stage entrepreneurs to the resources they need,” by offering them free office space, mentors, workshops, and networking events. The 110 companies that participated in 2010’s MassChallenge collectively raised over $90 million USD and created over 500 jobs in less than a year. Currently the Innovation District contributes over $10 billion USD to the city’s gross product.

British leaders similarly grew London’s Tech City from 15 companies in 2008 to over 5,000 in 2012 (according to an estimation by Wired magazine) by addressing its specific challenge (among others) of the lack of in-country specialized labor: British leaders introduced legislation to make it easier for skilled foreign workers to get visas, as well as “updating intellectual-property rights laws.”

2. Facilitate and reward the adoption of green technology

Many cities have basic requirements as to how eco-friendly a building or company should be, but it’s the support the local government gives entrepreneurs in greening their outfits that seems to most efficiently effect change.

Local leaders, primarily in the United States, are also using the promise of green technology to help small businesses and entrepreneurs save money, learn best practices of environmental stewardship, and stay afloat in a recovering national economy. City officials in Austin, Texas launched a pilot program in 2011 called Austin Green Business Leaders (AGBL) that began in earnest for the general business community in March 2012. Benefits for small business owners extolled by the city include “green credibility” to use in new, specially targeted marketing campaigns, reduced expenditures on wasted water and energy, and the opportunity to network with other businesses committed to “greening” their operations.

While increased environmental consideration or clearer channels of communication in the Arab world might be a bit aspirational, a final tactic for growing the entrepreneurial ecosystem perhaps has more potential for implementation than the others, especially given the presence of world-class universities such as the American Universities of Beirut and Cairo:

3. Partner with universities to incubate and accelerate startups

Scottsdale, Arizona’s partnership with Arizona State University – ASU SkySong – brings elements from three separate ecosystems: the university (including students, staff, alumni), the startup (startups and their staff, angel and venture capitalists, mentors), and the wider ecosystem (large companies, local government, and international connections) in hopes of encouraging students and members of the wider community to create business in Scottsdale.

Special assistance is given to particularly promising startups through the ASU Venture Catalyst program. Since the project started in 2008, “48 spinout companies based on ASU intellectual property have been established, eight ASU companies have been acquired or merged, and there have been two IPOs.” Also, “the valuation of ASU spinout companies and sub-licensees is estimated at over US $200 million."

That small businesses and entrepreneurs feed growth on the regional, local, individual, and community levels is nothing new. The only thing left to do is for leaders in the Arab world accept the challenge.