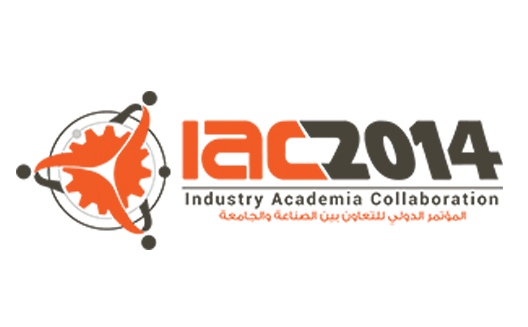 Linking universities to local industry is becoming increasingly important for transforming scientific research into projects that can benefit Egyptian society. This next year, from March 3rd-5th, Hadath for Innovation and Entrepreneurship is organizing Industry Academia Collaboration (IAC) 2014, the first international conference to unite research institutions, universities and industrial enterprises in Egypt.

The conference, which is organized in cooperation with the Academy of Scientific Research and Technology, the Egyptian Ministry of Industry Nile University, and others, has is opening applications this Saturday for scientific researchers who wish to present their ideas. Welcome fields include biotechnology, pharmaceuticals, nanotechnology, energy, agriculture and environment, electronics and information technologies, construction and architectural engineering, electromechanical engineering and artificial intelligence.

The idea for a conference that can unite science and industry was inspired by the wild success of Egyptian Engineering Day (EED), said Hadath CEO (and IEEE Chairmember) Mohamed Aboud. “Egyptian Engineering Day succeeded in creating an environment where a student who is working on their graduation project can meet someone who works in the industry sector, and I hope to expand this experience in Egypt, bringing [that collaboration] to scientific research as well.”

To support research and development in Egypt, Hadath will promote technology, tech incubators, and support centers for entrepreneurs, while spurring discussion about laws and legislations that can best support science and technology innovation.

Academic organizations from Egypt, Saudi Arabia, Tunisia and Morocco will join, in addition to regional and international organizations such as the Technology Development Fund of the Egyptian Ministry of Scientific Research and the COMESA (Common Market for Eastern and Southern Africa) and international associations of investors and businessmen.

In 2009, Egypt took a major step towards uniting universities and industry, by passing a new law that allows universities to build companies and develop research projects. Today, several Egyptian universities are following that path, including the American University in Cairo (AUC), which earlier this week announced the launch of the first company to launch out of its scientific research, healthcare tool D-Kimia. The hope is that IAC 2014 can build upon that work, helping several similar companies to launch.