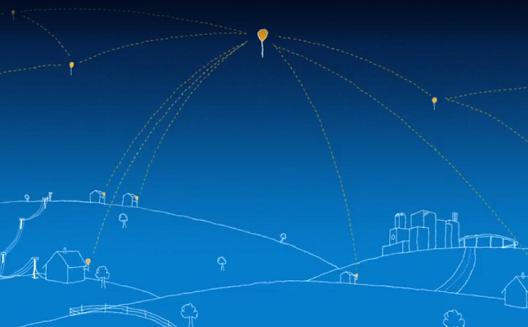 Today, nearly two thirds of the world’s population does not have access to internet. Of the 2.7 billion people on earth who do, some in emerging markets are seeing costs of up to 30% of their monthly wage going towards just paying for internet access, according to the International Telecommunications Union.

In the Middle East, where over 110 million users, or 31% of the population, are online, internet is often a luxury; a huge 240 million people are still not online in the region today. By the time the regional online population reaches 431 million in 2015, things may change. But prices need to come down.

An informal poll of users in Beirut says that 2GB of internet data can cost anywhere from US $30 to $60 per month for a mere speed of 7.2 MB/s and below (7.2 MB/s is via a USB dongle; most ADSL and wireless connections rarely go above 4 MB/s). Unlimited internet isn’t even an option for most, and internet outages aren't infrequent.

In Jordan, a speed of 3 MB/s will run you about US $41 (JD 29) per month for a nearly unlimited data plan of 100GB. In the UAE, where unlimited internet is available, the price starts at around US $81 per month (AED 299) from some providers, at a decent speed of 10 MB/s per month. The UAE price is similar to that of the U.S., where a 15 MB/s plan from Verizon costs US $75 per month for unlimited data. The U.S., however, isn’t even in the top ten countries when it comes to fastest internet speeds.

Ministries and governments are trying to improve the situation, to some degree. In Lebanon, the Telecom Ministry has introduced 4G capability for smartphones, but prices remain high for slow speeds. In Egypt, the ICT Ministry is hoping to extend internet to 75% of households by 2015. 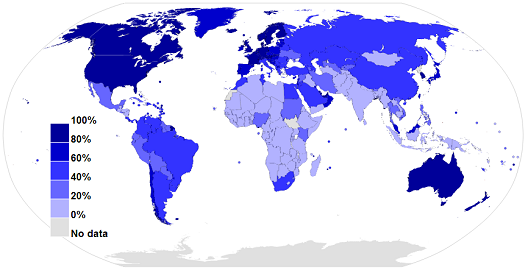 Of course, some tech and telecom giants aren't waiting for governments around the world to get it together. In the past three months, two new partnerships have launched to make internet more affordable and accessable globally.

Facebook, Samsung, Ericsson, MediaTek, Nokia, Opera and Qualcomm have launched Internet.org, which aims to bring internet access to the nearly 5 million people without it. Although their new site doesn't go into specifics, previous interviews with Mark Zuckerberg have revealed the desire to focus on mobile, as most of the next generation of internet users will open a website for the first time on a mobile phone.

Likewise, Google, Facebook, USAID and a coalition of other companies are joining forces to form the Alliance for Affordable Internet (A4AI), which goes a step further than Internet.org, by advocating for improved infrastructure and regulations in order to bring internet costs to below 5% of average monthly income worldwide.

On its own, Google has also already launched Project Loon, its seemingly outlandish project to deliver internet around the world via high-altitude balloon. After testing it in New Zealand, Google plans to roll the program out slowly, working in conjunction with local telecoms (no, it will not operate outside of local government regulation).

Increasing internet access is no easy feat, however, as the rate of internet adoption is around a slow 9% each year. But Zuckerberg is determined to accelerate the pace as he spreads his credo that “connectivity is a human right,” deserved by all. It helps that his company benefits immensely from increased usage, but other private and public sector partners have joined the call to increase access as well.

Statistics show that over time, internet access would spread to all corners of the world perhaps even without these efforts, but making Google and Facebook the first names new users see when they come online for the first time is definitely a major plus for them.