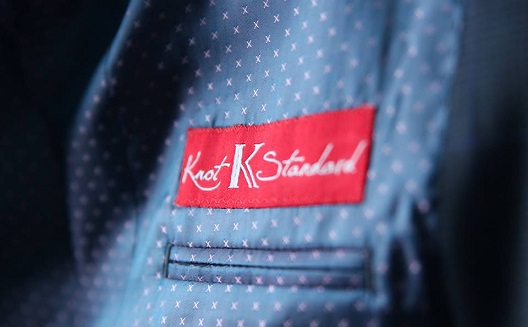 “We’re effectively ‘stealing’ from the Brooks Brothers and Jos. A. Banks of the world,” says Tarig El Sheikh, cofounder of bespoke online suit retailer Knot Standard. By “bridging the tailors in the East with purchasers in the West,” the Dubai-based startup has built a global brand, combining the quality found in Dubai's old haberdasheries with a cutting-edge online approach.

At Knot Standard, suit buyers don't even need to use a measuring tape or tailor to take their measurements; it can now be done over webcam. (See a demo video here.) Their fun approach to building suits, allowing buyers to even have custom writing stitched into the backside of the collar, has sold thousands of suits and attracted the attention of celebritites ranging from The Daily Show team wearing their custom tuxedos when they accepted their Emmys in 2012, actor James Van Der Beek, and news anchor Riz Khan.

"I wear suits for a living, as a journalist on TV," says Khan, who is debuting a new show on Bloomberg this fall and recently published We Interrupt Our Programming, a comedic novel that doubles as commentary on the global media industry.

"I'll buy 100 suits a year, but I usually buy them off the peg," he explains. When you're 6'2" (188 cm) tall and two feet (61 cm) wide across the shoulders, however, "it's hard to find something that contours and looks good." His Knot Standard suits offer an instant sartorial makeover. "I look like I've shed about 15 pounds," Khan says.

Khan is also taking advantage of the customization options to showcase his playful side, having phrases like "Live long and prosper" stitched under the collars of his suits. "I've ordered half a dozen suits, and I'm going to name each suit so that they all have something," he says.

It's touches like these that are making Knot Standard a global brand. While 80% of its business comes from online sales, the remaining 20% takes place offline, a segment that the team hopes to expand with new offices in Washington, DC, New York City, and Sydney, Australia. Khan, for example, was able to be measured for his suit in Washington D.C., and pick it up in Dubai.

The U.S., with a $6 billion suit industry, accounts for 70% of Knot Standard's business, the remaining 30% is split up between Australia and the Middle East, where it is hoping to scale further, building upon its 35% month-on-month growth.

Knot Standard's logistical headquarters will stay in Dubai, where the team can source great materials and talent, while providing deliveries from a globally central time zone, El Sheikh explains. Yet by being more accessible on the ground in various markets, the team hopes that users will feel “a little bit of comfort around accountability and brand awareness while at the same time giving them the ability to touch our fabrics, to try on some of our products above and beyond what they can do on our website,” he adds.

In March, the company received investment of an undisclosed amount, which will help with the scaling process. Investors, which include Wamda Capital and MENA Venture Investments, have assisted the process, says El Sheikh. “As an entrepreneur it’s not just money that you’re after. [Our investors have] really helped Knot Standard in the hiring of key personnel, developing a scalable strategy, landing big clients for us, and surmounting some of the logistical and operational challenges we’ve been facing."

Here's a look at their new storefront in Washington, DC: 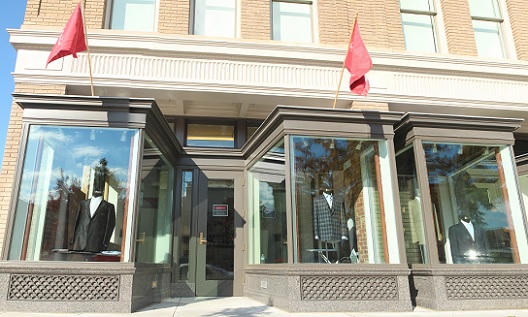 To further boost its presence, Knot Standard is also developing a mobile app that will allow users to take their own measurements. Also on the drawing board is a suit preview app, which will presumably allow buyers to view different suit styles on an analog of their own physique.

The team knows that technology will help keep them at the front of the pack; although their increasingly global presence is helping them to take the suit market by storm, they aren’t the only startup in the space.

El Sheikh notes that other players are using a similar model: “Whenever you get a market disruption opportunity people tend to hop on the bandwagon and try it.” But Knot Standard isn’t fazed. Instead, the team welcomes competition to help increase awareness around the availability of less expensive, custom alternatives.