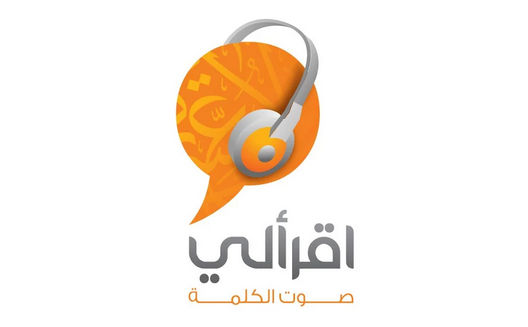 Although podcasts have became popular the world over, they haven't taken off in Arabic, perhaps thanks to a lack of options for hosting and distribution. This year, however, that's changing, with the expansion of Innovolve, a Cairo-based startup, which is pioneering a new online Arabic podcast ecosystem with two platforms: Iqraaly (meaning "read to me") and Menassah (which means "stage" in Arabic).

Iqraaly is, at its core, a news and literature app, which offers Arabic audio podcasts of popular local newspapers and well-known books. With an impressive list of strategic content partners, including Al-Ahram, Shorouk News, Tahrir News, Youm7, Supermama, Akhbarak.net, 3ayez Akol, Eventtus, Diwan Bookstores, and Alef Bookstores, the app has created a unique audio library and has been downloaded 100,000 times since its launch this January.

Menassah is its sister platform, a website that hosts podcasts, allowing listeners to upload their own audio files via the website so other users can listen via web or its mobile app.

What's unique about the latest version is that it finally puts Iqraaly in the same league as the best podcast apps internationally. This is important not only because the global podcast market is large, with Apple's iTunes Store surpassing 1 billion podcast subscriptions this July. In Egypt, Arabic podcasts are a scarce product in a hungry market. Egyptians are heavy consumers of newspapers, and the app allows users to listen, while driving or multitasking, to the articles they'd normally read.

Iqraaly provides over 11,000 Arabic articles, on topics from breaking news to politics, book reviews, technology, entrepreneurship, sports, food, motherhood, events, and even traffic. The latest addition has been books, which should open up a whole new market. For those who might prefer to listen to their content rather than read it, alternative formats might encourage more book consumption.

This may position Iqraaly in direct competition with Audible, a U.S.-based audio platform acquired by Amazon in 2008,  yet Arabic content on Audible is sorely lacking. For that simple reason, Innovolve should be able to expand into the wider Arabic-speaking market relatively unhindered, despite the availability of global hosting platforms and players.

Menassah, Iqraaly's sister app, is designed to host podcasts, including Iqraaly, which appears as an available channel.

"While we were developing Iqraaly we realised that the technology we were creating to host our own audio podcast could be released as a generic platform for others to use," explained co-founder and CEO Abd El-Rahman Wahba.

It's designed to be flexible; any interested podcaster can purchase a white-labelled version of the app that only includes their content.

A voracious consumer of podcasts for years now, I've tested most podcast platforms in the market, and the Innovolve app now compares well with leading podcast players such as BeyondPod, incorporating standard features such as playlists and WiFi-only download.

There are a few elements that could be improved, however. I find Innovolve's apps user interface is a bit clunky and graphic-heavy. Another stumble is that Innovolve's apps also can't subscribe to third-party podcast feeds; they only offer content already on the platforms. For now, their edge is Arabic, with which international apps often struggle. The development team will have to iterate quickly and speed up their release schedule to stay with the pack, because the international players won't ignore Arabic content forever.

However, again, by launching both Iqraaly and Menassah, to complement each other, Innovolve is building a separate Arabic podcast universe. The offering is in fact a complete vertical market, where producers and consumers of Arabic podcast content meet. The service might not spread far past Arabic ears, but within the Arabic speaking universe it can dominate.

DISCLAIMER:  At the time of writing Innovolve were using my consultancy services.